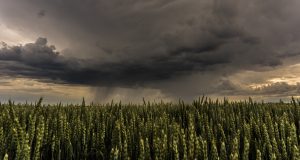 On May 11-16 a series of wind, hail and rain storms struck most states east of the Rocky Mountains. Karen Clark & Co. a catastrophe modeling firm, estimates that the storms will cost insurers $2.5 billion.

Most of the damage occurred in the Midwest, Northeast and Mid-Atlantic regions. Karen Clark predicts that insured losses higher than $100 million will be seen in: Colorado, Connecticut, Illinois, Indiana, Iowa, Kansas, Maryland, Michigan, New York, Ohio, Pennsylvania and Virginia.

The weather system (referred to as a ‘ring of fire’) led to over 600,000 power outages in the Mid-Atlantic and Northeast states.  Wind gusts over 58 miles per hour were reported as well as hundreds of hail storms and 28 tornadoes.

Although tornadoes can happen at any time during the year, on average, May is the expected peak of tornado activity.