As the death toll continues to rise from the storms and historic tornado outbreak across the South, itÃ¢â‚¬â„¢s the videos and pictures of destruction that convey the magnitude of the damage.

Check out just some of the images at Boston.comÃ¢â‚¬â„¢s Big Picture, the New York Times and the Weather Channel.

For more on the insurance implications, theÃ‚  I.I.I. issues update on catastrophes and insurance and facts and stats on tornadoes are a good resource.

ThisÃ‚  video compiledÃ‚  from images taken by the NASA GOES satellite starts on April 26 and runs through the morning of April 28, showing development of the storm system that spurred widespread tornadoes and left at least 300 dead.

It is being described as the deadliest tornado outbreak in United States history since 1974. 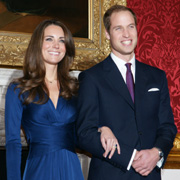 Risk Management Solutions (RMS) cites National Weather Service reports of tornadoes across the states of Texas, Arkansas and Tennessee. A state of emergency has been declared in Arkansas based on tornado activity and flash flooding.

The New York Times reports that the storms and floods left at least 5 dead in Arkansas.

The latest round of storms comes just days after Missouri was hard hit by severe weather including an EF-4 tornado that caused significant damage in St Louis County.

This April has been a particularly active month for severe convective storms across the U.S., with preliminary reports of as many as 3 times the number of tornadoes than the monthly average from the National Weather Service. While preliminary reports cannot be directly compared to the actual monthly number of tornadoes from previous years, this gives an indication of the heightened tornado activity observed this year.

From insurersÃ¢â‚¬â„¢ perspective, property damage caused by thunderstorms can be costly. According to the I.I.I., over the last three years the insurance industry paid $30 billion in property claims for thunderstorms, the highest in U.S. history.

A YouTube video (below) of the tornado hitting Lambert-St. Louis International airport last Friday has been widely circulated on the web, and is compulsive viewing with around 800,000 hits so far:

It is now quite likely thatÃ‚  the U.S. property/casualty insurance industry will show two consecutive years of positive premium growth (2010 and 2011) Ã¢â‚¬“ for the first time since 2005 and 2006, according to I.I.I. president Dr. Robert Hartwig.

Dr. Hartwig made the prediction in his commentary on the industryÃ¢â‚¬â„¢s 2010 year-end results.

Positive premium growth for the year Ã¢â‚¬“ at 0.9 percent Ã¢â‚¬“ is the first since 2006 and confirms that the era of mass exposure destruction in the property/casualty insurance industry is finally over, with demand for insurance now beginning to stabilize and recover in the aftermath of the Ã¢â‚¬Å“Great Recession.Ã¢â‚¬ Ã¢â‚¬ ¦

Looking ahead to 2011, the U.S. P/C insurance industry will remain very strong financially despite enormous catastrophe losses abroad, the vast majority of which will be borne by foreign insurers and international reinsurers.Ã¢â‚¬ 

The industryÃ¢â‚¬â„¢s 2010 year-end results were just released by ISO and the Property Casualty Insurers Association of America (PCI).

Yesterday marked the 16-year anniversary of the Oklahoma City bombingÃ‚  Ã¢â‚¬“ the deadliest terrorist attack on U.S. soil until September 11, 2001.

The April 19, 1995 Oklahoma City bombing in which an explosives-filled truck was detonated outside the Alfred P. Murrah Federal building downtown left 168 dead, hundreds more injured, and still ranks as the ninth worst terrorist attack in terms of insured property losses.

This year also marks the 10-year anniversary of September 11.

Today both these terrorist attacks (9/11 and the Oklahoma City bombing) would be covered under the terrorism risk insurance program — a public-private risk sharing partnership that since 2002 has allowed the federal government and the insurance industry to share losses in the event of a major terrorist attack.

The 2007 extension to the terrorism risk insurance program expanded the definition of a certified act of terrorism to eliminate any distinction between domestic or foreign acts of terrorism.

The program is designed to ensure that adequate resources are available for businesses to recover and rebuild if they become the victims of a terrorist attack.

While the Obama Administration has proposed scaling back federal support of the program, the I.I.I. paper cites industry views that the program provides incentive to property/casualty insurers and reinsurers who might not otherwise provide terrorism insurance at current capacity levels or pricing.

Check out further I.I.I. facts and stats on terrorism risk.

A week ago we were blogging about record-setting tornadoes in Wisconsin. Now itÃ¢â‚¬â„¢s North CarolinaÃ¢â‚¬â„¢s turn.

A spring storm system that began Thursday night generated dozens of tornadoes and left a trail of damage, destruction and fatalities from Oklahoma to the Eastern Seaboard, culminating in SaturdayÃ¢â‚¬â„¢s event in North Carolina where some 92 twisters are reported to have hit.

The New York Times reports that the storms left at least 43 people dead and injured hundreds more. While itÃ¢â‚¬â„¢s too early to put an estimate on damages, the NYT indicates they will most certainly run into the tens of millions of dollars.

Over at Wunderblog, Dr. Jeff Masters singles out Askewville in northeast North Carolina and the Raleigh area as those hardest hit by Saturday’s tornadoes. He says:

The 22 deaths in North Carolina made yesterdayÃ¢â‚¬â„¢s [SaturdayÃ¢â‚¬â„¢s] outbreak the deadliest day for tornadoes in the state since 1984, when the infamous March 28 tornado outbreak killed 57 people and injured 1,248.Ã¢â‚¬ 

Check out I.I.I. facts and stats on tornadoes. Check out thisÃ‚  I.I.I. brochure on how to settle claims after a disaster.

And hereÃ¢â‚¬â„¢s the view from the radar (courtesy of WunderBlog) as the F-3 tornado hit downtown Raleigh on Saturday afternoon.

YesterdayÃ¢â‚¬â„¢s U.S. House of RepresentativesÃ¢â‚¬â„¢ hearing on Congressional Ã¢â‚¬ËœOversight of the Financial Stability Oversight Council (FSOC)Ã¢â‚¬â„¢ has made for a number of headlines.

Check out coverage of the hearing in the Wall Street Journal, theÃ‚  Hill’s Finance and EconomyÃ‚  blog, a Reuters report via Insurance Journal and PropertyCasualty360.com.

In the paper co-authors Dr. Robert Hartwig, president of the I.I.I. and an economist, and Dr. Steven Weisbart, senior vice president and chief economist for the I.I.I. remind us that not one property/casualty insurer failed as a result of the financial crisis or the ensuing Ã¢â‚¬Å“Great RecessionÃ¢â‚¬ .

As financial regulators consider criteria for determining which financial institutions might be systemically risky, the authors note that P/C insurance is fundamentally different from banking, and poses no systemic risk to the financial system.

Inappropriate inclusion of P/C insurers could cause harm not only to insurers, but to consumers and the efficacy of financial institution regulation in general, the paper concludes.

The National Weather Service (NWS) reports that the tornado outbreak that hit the Wisconsin area on Sunday and produced at least 10 tornadoes tied the April record set in 1984 for the biggest tornado outbreak in the state.

Ã‚  Although major metro areas like Madison, Milwaukee and Chicago were spared, at least 10 tornadoes, including a couple of strong twisters have already been documented in portions of mainly rural central and northern Wisconsin.

Bloomberg Businessweek has more on this story here.

Wisconsin was not the only state hit as tornadoes swept through both Iowa and Minnesota over the weekend.

An I.I.I. press release reminds us that given the threat that tornadoes pose to life and property, having the right insurance coverage is key.

Standard homeowners and business insurance policies cover wind damage, including that caused by tornadoes, to the structure of the building and its contents. However, itÃ¢â‚¬â„¢s important to make sure that your coverage limits reflect the cost of rebuilding the structure and fully replacing your personal belongings.

One month after the devastating March 11 earthquake and tsunami hit Japan, another strong aftershock today briefly set off a tsunami warning and knocked out cooling at the crippled Fukushima Daiichi nuclear power plant for almost an hour, the New York Times reports.

Earlier in the day the Japanese government had said it was preparing to expand the evacuation zone around the nuclear facility to address concerns over long-term exposure to radiation.

An article in the New York Times over the weekend discusses how Japanese workers risk hazardous conditions and lax safety practices for a temporary job.

A recent blog post by Juliana Olsson on PropertyCasualty360.com noted that many Japanese workers accept the conditions and risks because of the pay.Ã‚  Olsson wrote:

It is troubling that there are no unions and no workersÃ¢â‚¬â„¢ compensation in place for many nuclear power plant laborers. At the same time, some think that regardless of the legal rights of the workers, people should not be put in such extreme situations.Ã¢â‚¬ 

In the United States federal workers at nuclear plants may be covered under the Energy Employees Occupational Illness Compensation Program (EEOICP). The program, which started in 2001, provides compensation and health benefits to eligible department of energy nuclear weapons workers (including employees, former employees, contractors and subcontractors). There is also the state-based workersÃ¢â‚¬â„¢ compensation system.

Check out the I.I.I. primer to find out more about how insurance coverage for nuclear accidents works in the United States.

The composite rate for U.S. property and casualty insurance was down four percent in March 2011, compared to minus 5 percent the previous four months, according to the latestÃ‚  analysis fromÃ‚  online insurance exchange MarketScout.

As in prior soft market cycles, MarketScout expects specific coverage sectors to lead the market back to firmer pricing.

Ã¢â‚¬Å“It looks like the soft market of 2005-2011 will end with workersÃ¢â‚¬â„¢ compensation and catastrophe exposed property risks leading the way out.Ã¢â‚¬ 

Kerr noted that workersÃ¢â‚¬â„¢ compensation pricing has been firming for the last six months, with rate increases already underway in certain states.

The composite rate for all U.S. property is down 4 percent, but catastrophe exposed property risks are receiving rate increases of two to five percent.

Ã¢â‚¬Å“After the Japan earthquake and RMS 11, there has been considerable speculation about property rates.Ã¢â‚¬ 