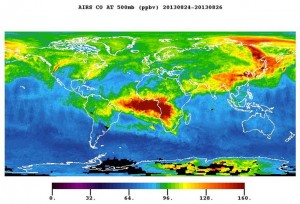 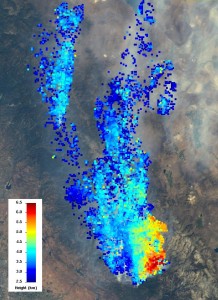 While the size of the residual property market in hurricane-exposed states in 2012 declined from the peak in exposure value and policy counts seen in 2011, the market overall remains at near-record levels, the Insurance Information Institute (I.I.I.) says.

In an updated report Residual Market Property Plans: From Markets of Last Resort to Markets of First Choice, the I.I.I. notes that exposure to loss in the residual property market totaled $818.1 billion in 2012 with total policies in-force of 3.23 million.

This compares with total exposure to loss of $884.7 billion and total policies in-force of 3.3 million in 2011.

The I.I.I. notes that today, overall exposures in the residual property market appear to have stabilized somewhat and many of the plans are underwriting profitably.

Legislative reform passed in some of the most at-risk markets, for example the state of Florida, has contributed to an improvement in the overall financial position of the plans, it says.

Diminished hurricane activity in recent years in areas like Florida has been another positive factor.

But, while hurricane activity in the most exposed states may have been lower in recent years, there is no question that over the long-term major hurricanes will cause extensive damage in future. This highlights how important it is for the rates charged by these plans to be actuarially sound.Ã¢â‚¬ 

Despite attempts by certain states to reduce the size of their plans, the fact of the matter is that this market of last resort remains the market of first choice for many vulnerable, high-risk coastal properties, the I.I.I. says.

While 2013 so far hasÃ‚  been a below-average catastrophe loss year for the global insurance industry, this could easily change in the coming months, Swiss Re warned yesterday.

Just-released sigma estimates put total economic losses from natural catastrophes and man-made disasters at $56 billion in the first half of 2013, of which $20 billion was insured.

In a press release, Kurt Karl, chief economist at Swiss Re says:

Though 2013 has so far been a below-average loss year, the severity of the ongoing North Atlantic hurricane season, and other disasters such as winter storms in Europe, could still increase insured losses for 2013 substantially.Ã¢â‚¬ 

Flooding accounted for some $8 billion of the $17 billion in global insured losses from natural catastrophes in the first half.

As a result, 2013 is already the second most costly calendar year in terms of insured flood losses on sigma records.

In other news, the late summerÃ‚  edition of Cavalcade of Risk, a round-up of risk related posts from around the blogosphere, is now live over at My Personal Finance Journey. Our recent post on cyber insurance is among the featured posts.

With two months to go to the one-year anniversary of Hurricane Sandy, a federal task force created after the storm has issued a report thatÃ¢â‚¬â„¢s getting a lot of media coverage.

The plan includes 69 policy initiatives, of which a major recommendation is to build stronger buildings to better withstand future extreme storms amid a changing climate.

Shaun Donovan, secretary of the U.S. Department of Housing and Urban Development, and chair of the task force, notes:

Last year alone, there were 11 different weather and climate disaster events across the United States with estimated losses exceeding $1 billion each. We know that every dollar we spend today on hazard mitigation saves us at least $4 in avoided costs if a disaster strikes again. By building more resilient regions, we can save billions in taxpayer dollars.Ã¢â‚¬ 

The report makes clear that rebuilding to outdated standards is no longer an option given the impact of climate change and rising sea levels:

No single solution or set of actions can anticipate every threat, but decision makers at all levels must recognize that climate change and the resulting increase in risks from extreme weather have eliminated the option of simply building back to outdated standards and expecting better outcomes after the next extreme event. There is clear evidence at the national level that investments made to mitigate risk have achieved significant benefits.Ã¢â‚¬ 

One section of the plan focuses on addressing insurance challenges, understanding and affordability.

Weighing up the cost of risk against the cost of coverage seems to be the perpetual dilemma of some insurance buyers.

In the case of cyber insurance, it would appear that concerns about the cost of coverage diminish once companies make the decision to purchase a policy. And the longer that policy has been held, the greater the satisfaction.

According to a recently released Ponemon study, only 31 percent of risk management professionals at companies surveyed say they have a cyber security insurance policy. However, among those companies that donÃ¢â‚¬â„¢t have a policy, 57 percent say they plan to purchase one in future.

Companies with no plans to purchase this coverage (43 percent of respondents) say that itÃ¢â‚¬â„¢s because of cost and too many exclusions, restrictions and uninsurable risks.

Yet among those who do buy cyber insurance, 62 percent believe the premiums are fair given the nature of the risk.

Satisfaction with policies also runs high. Some 44 percent of survey respondents say they would be extremely likely to recommend their insurance provider to a colleague or friend.

Furthermore, most companies (62 percent) believe the insurance has made them better prepared to deal with security threats.

Ponemon notes that the average financial impact to companies for one or more security or data breach incidents is $9.4 million, while the average cost for each lost or stolen record was $188 in 2012.

As the study says, a cyber insurance policy can be one way for companies to protect themselves against future losses.

CFO Journal has more on this story.

We start the week with a new animation from NASA that shows the increasing risk of wildfire activity across the United States in the coming decades.

An article on the NASAÃ‚  website notes that with satellite and climate data, scientists have been able to track an increase in dry conditions since the 1980s.

Climate projections suggest this trend will continue, increasing the risk of fire in the Great Plains and Upper Midwest by the end of the 21st Century, according to NASA.

The newest generation of climate models project drier conditions that likely will cause increased fire activity across the United States in coming decades. These changes are likely to come in a number of different forms, including longer fire seasons, larger areas at risk of wildfire, and an increase in the frequency of extreme events Ã¢â‚¬“ years like 2012 in the western United States.Ã¢â‚¬ 

Fire seasons are starting earlier due to warmer spring temperatures and earlier snowmelt, and they are lasting longer into the fall, NASA notes.

Hat tip to CNET for its blogÃ‚  post on this story.

Check out I.I.I. facts and statistics on wildfires, and a backgrounder on climate change insurance issues.

While three of the major hurricane forecasters have reduced by a smidgen their predictions for the 2013 Atlantic hurricane season, the season as a whole is still expected to be above-average as is the chance of a major hurricane making U.S. landfall.

Bear in mind that to-date the 2013 season has seen four named storms (Andrea, Barry, Chantal and Dorian) Ã¢â‚¬“ none of which reached hurricane status.

HereÃ¢â‚¬â„¢s how the revised forecasts stack up:

London-based consortium Tropical Storm Risk (TSR) is calling for 14.8 named tropical storms, 6.9 hurricanes, of which three will be intense. This is down from its early June forecast which called for 15.6 named storms, 7.7 hurricanes including 3.5 major hurricanes.Ã‚  TSR predicts North Atlantic and U.S. hurricane activity in 2013 will be about 20 percent above the long-term (1950-2012) norm.

WSI (Weather Services International Corp) has also reduced its forecast numbers slightly, to 16 named storms, eight hurricanes and three intense hurricanes, compared to its earlier forecast of 16/9/4. WSI noted that North Atlantic temperatures have not warmed as fast as expected this summer, and if current trends persist, it may have to reduce these numbers even further.

Artemis blog has a round-up of the numbers on its 2013 Atlantic Hurricane Season page.

Check out I.I.I. facts and stats on hurricanes.

Ratings agency Fitch has warned that failure to renew the federally backed Terrorism Risk Insurance Program could have a significant impact on the availability and pricing of workers compensation and commercial property insurance coverage.

The report comes as at least 19 U.S. embassies and consulates in the Middle East and North Africa remain closed through the week after the State Department issued a global travel alert to U.S. citizens due to potential terrorist threats.

Fitch notes that workers compensation insurers could be particularly vulnerable to large losses if an extreme terrorist event takes place without the federal terrorism reinsurance program in place:

Recognition of this vulnerability may lead to a withdrawal of insurerÃ¢â‚¬â„¢s underwriting capacity from the workersÃ¢â‚¬â„¢ compensation market, particularly in industries and geographic areas with greater perceived risk of terrorism-related losses. Reduced workersÃ¢â‚¬â„¢ compensation coverage availability would generate broader economic consequences for employers.Ã¢â‚¬ 

Another major line of business that is highly sensitive to changes in the terrorism risk insurance program is commercial property insurance.

Fitch notes that demand for private market terrorism insurance protection will inevitably increase and premium rates will significantly rise if the terrorism risk insurance program is not extended beyond its December 31, 2014 expiration, or coverage is materially reduced.

The private market is unlikely to duplicate the coverage limits available under the current federal program if renewal is unsuccessful, Fitch says.

As we approach the peak of hurricane season, catastrophe modeler RMS has warned that storm surge poses a greater risk than hurricane wind.

RMS says its updated North American hurricane model shows there is a 20 percent chance that storm surge loss will be greater than wind loss for any U.S. hurricane that makes landfall. AndÃ‚  for theÃ‚  northeast coast of the U.S. the risk is even higher.

Our model shows there is a 20 percent chance that storm surge loss will be greater than wind loss for any U.S. hurricane that makes landfall, which rises to almost 40 percent along the northeast coast of the United States‚ “ this is a risk the market can no longer afford to ignore.“

An earlier paper by RMS on Superstorm Sandy made the point that storm surge loss can drive more insurance loss than hurricane wind.

In the paper RMS noted that while Sandy was not even classified as a hurricane at landfall, it caused a Category 2 storm surge in New York City:

This is not the first time that storm surge has had a dominant effect. It was responsible for more than half of the total loss from 2005Ã¢â‚¬â„¢s Hurricane Katrina, which was a Category 3 storm at landfall, but had a Category 5 equivalent storm surge.Ã¢â‚¬ 

Recent analysis by CoreLogic estimates that more than 4.2 million U.S. residential properties are exposed to storm-surge risk valued at roughly $1.1 trillion, with more than $658 billion of that risk concentrated in 10 major metro areas.

According to I.I.I. facts and stats on flood insurance, Hurricane Sandy was the second costliest U.S. flood, based on National Flood Insurance Program (NFIP) payouts as of July 12, 2013.