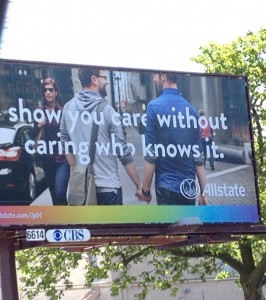 Why are some countries more resistant to supply chain disruption or better able to bounce back?

According to Margareta WahlstrÃ¶m, United Nations Special Representative of the Secretary-General (SRSG) for Disaster Risk Reduction, this is a puzzle that world leaders are perpetually trying to solve.

Hence the inherent value in a new online interactive tool from FM Global that ranks countries by supply chain resilience.

The 2014 FM Global Resilience Index ranks the business resilience of 130 countries around the world.

Nine key drivers of supply chain risk are grouped into three categories: economic, risk quality and supply chain factors. These combine to form the composite index. Scores are bound on a scale of 0 to 100, with 0 representing the lowest resilience and 100 the highest resilience.

Natural disasters, political unrest and a lack of global uniformity in safety codes and standards all can have an impact on business continuity, competitiveness and reputation. As supply chains become more global, complex and interdependent, it is essential for decision makers to have concrete facts and intelligence about where their facilities and their suppliers’ facilities are located.”

So which countries rank at the top of the index?

According to FM Global, Norway (score: 100), Switzerland (score: 98.9) and Canada (score: 93.2) are the top three countries most resilient to supply chain disruption.

At the other end of the scale, the index finds Kyrgyzstan (score: 6), Venezuela (score: 2.5) and the Dominican Republic (score: 0) as the countries least resilient to supply chain disruption.

Where did the United States fall?

Because of its geographic spread and disparate exposures to natural hazards, the U.S. is divided into three separate regions. All three rank in the top 25.

You might also be interested to know that China (also divided into three separate regions) ranks in the top 75. China’s weakest region includes Shanghai and ranks particularly low as a result of poor risk quality due to acute natural hazards.

Another key takeaway is the biggest riser: Bosnia and Herzegovina. The country climbed 19 places from last year, due to improvements in its political risk and in the quality of local suppliers.

And one of the top fallers in the 2014 Index is Bangladesh, with FM Global citing declining quality of both natural hazard risk management and fire risk management.

FM Global commissioned analytics and advisory firm Oxford Metrica to develop the rankings. The index allows you to browse country rankings and scores from 2011 to 2014.

American businesses lose an average of 2.8 million work days each year due to unplanned absences, costing employers more than $74 billion, so it’s with interest that we read of a significant increase in absence due to obesity and skin cancer in a just released study by Cigna.

According to Cigna’s analysis of 20 years of short-term disability claims, claims related to obesity increased by 3,300 percent between 1993 and 2012.

Hat tip to Business Insurance which reports on this story here.

Cigna also reports that new claims and absence related to skin cancer increased more than 300 percent in the 20-year period.

The analysis also shows a 45 percent increase in work absence due to the surgical treatment of herniated discs, the most significant increase in short-term disability claims among sedentary occupations over the 1993 to 2012 period.

Cigna notes that the most frequently approved short-term disability claims both 20 years ago and today, remain musculoskeletal disorders, which make up 25 percent of all non-maternity absence.

The aging workforce and a trend towards growing waistlines has made some medical conditions more dominant factors for short-term disabilities than they were 20 years ago. For example, arthritis and tendonitis-related absences have both increased more than 50 percent since 1993.” 

However, the study found significant changes in short-term disability rates for obesity, cancer, depression and herniated discs that uncover the impact of medical advances on absence and productivity.

Check out I.I.I. facts and statistics on disability.

Check out an I.I.I. study on obesity, liability and insurance here.

Multiple outbreaks of severe weather led to a costly month for insurers in the United States in May,Ã‚  as thunderstorm events continued to dominate the catastrophe record.

According to the latest Global Catastrophe Recap report by Aon BenfieldÃ¢â‚¬â„¢s Impact Forecasting, no fewer than four stretches of severe weather affected the U.S. during the month of May.

The costliest stretch occurred during a five-day period (May 18-23) which saw damage incurred in parts of the Midwest, Plains, Rockies, Mid-Atlantic and the Northeast, including the major metropolitan areas of Chicago, IL and Denver, CO.

According to Impact ForecastingÃ¢â‚¬â„¢s report, baseball-sized hail and straight-line winds gusting in excess of 70 mph (110 kph) were recorded that severely affected residential, commercial and auto interests. Total economic losses were estimated at $2.5 billion, with insurers reporting losses minimally at $1.5 billion.

Overall fire costs/damages from the two states approached $100 million, according to Impact Forecasting.

In Texas the most significant fire was in Hutchinson Country, where at least 225 homes and 143 unoccupied structures were damaged or destroyed.

In California, at least 14 fires were ignited in the greater San Diego metropolitan region, including the Poinsettia Fire that destroyed eight homes, an 18-unit condominium complex, and two commercial buildings.

The report adds that through the end of May, tornado activity in the U.S. remained in the bottom 25th percentile of all years dating to the early 1950s.

Check out I.I.I. facts and statistics on thunderstorms.

If a strong hurricane were to pass through the Gulf of Mexico the overall effect on U.S. oil and natural gas supply would not be as severe as in past years, due to declining production in the region, according to a report from the U.S. Energy Information Administration (EIA).

However, Artemis blog warns that this wonÃ¢â‚¬â„¢t change the potential impact to insurers and reinsurers, particularly with the removal and decommissioning of rigs also being insured.

In its post, Artemis notes that the reinsurance and insurance-linked securities (ILS) market in recent years has been placing an increasing focus on gaining access to underwriting energy risks, particularly physical damage risks due to storms and earthquakes.

With an increasing amount of ILS capital at risk in the Gulf of Mexico, as well as on the shore through catastrophe bonds and collateralized reinsurance, the exposure to hurricane impacts on the oil and gas production network in and around the Gulf is growing.Ã¢â‚¬ 

The EIA estimates that up to 11.6 million barrels of crude oil and 29.7 billion cubic feet of natural gas production could be disrupted by storms during the 2014 Atlantic hurricane season. Its estimate is based on NOAAÃ¢â‚¬â„¢s Atlantic Hurricane Season Outlook released May 22.

NOAA expects that 8 to 13 named storms are likely to form within the Atlantic Basin over the next six months, including 3 to 6 hurricane, of which 1 to 2 will be intense.

In recent years offshore energy production has experienced relatively minor disruptions due to tropical weather, the EIA reports. However, a single strong storm can cause significant levels of shut-in production:

During September of 2008, category-4 hurricanes Gustav and Ike at one point caused nearly 100 percent of production capacity to be shut in. EIA estimates that these two storms (along with a tropical storm in July) resulted in the loss of 25 percent of the GOM crude oil and natural gas that would have been produced during the 2008 hurricane season.Ã¢â‚¬ 

Check out I.I.I. facts and statistics on energy.