Prescription opioid use among injured workers decreased in many states, but not all, according to the Workers Compensation Research Institute (WCRI).

Find out which states saw the largest decreases in this new WCRI study.

The National Safety Council (NSC) has developed a new industry specific online calculator that informs employers how much the opioid epidemic is costing companies each year.

The tool provides business leaders with specific information about the cost of substance use (including prescription drug abuse and misuse, alcohol abuse and misuse, opioid and heroin addiction as well as abuse of other illicit drugs and marijuana) in their workplace based on size of employee base, industry and state.

A new NSC survey found only 39% of employers view prescription drug use as a threat to safety, and only 24% feel it is a problem, despite 71% saying they have experienced an issue.

What are hurricane deductibles and how do they work?

Homeowners in New Jersey, North Carolina, South Carolina, Florida and Texas were asked this question in an online survey conducted on behalf of the Insurance Research Council (IRC).

Not only did one-third of respondents say they had never heard of these deductibles or were not sure what they were, one quarter of them lacked an understanding of deductibles in general, the IRC poll found.

From the Insurance Information Institute: “Deductibles have been an essential part of the insurance contract for many years and represent a sharing of the risk between the insurance company and the policyholder. When repairing your home or replacing personal possessions, the amount of the deductible would come out of your own pocket.”

Hurricane deductibles demystified by the InsuringFlorida blog here: “You have two deductibles on your homeowners insurance: one is for hurricanes and the other is for everything else. The “everything else” deductible is for things like a fire, lightning strike or water damage, to name a few. It is usually a flat dollar amount, such as $1,000. The hurricane deductible is, obviously, for hurricanes – and for homes valued over $100,000, it starts at 2 percent of what the home is insured for, which is what it would cost to rebuild it. So, if the house is insured for $250,000, a 2 percent deductible would be $5,000.”

More on hurricane and named storm deductibles from the National Association of Insurance Commissioners (NAIC) website.

Another global ransomware attack, dubbed Petya, has disrupted operations at major firms across Europe and the United States.

Overall, cyber insurance for the majority of companies was profitable and the direct loss ratio decreased by 4.5 percentage points to 46.9 percent in 2016, from 51.4 percent in 2015.

Ransomware attacks are part of the reason for the decline in the loss ratio, A.M. Best explains:

“The decline in direct loss ratio for 2016 is partially attributed to the majority of reported cyber-attacks being related to ransomware heists. In almost all ransomware cases, the losses were well below the deductible and a simple backup recovery resolved and remedied any negative long-term effect of the attacks.”

Read our earlier post on insurance for ransomware attacks.

Insurance Information Institute research manager Maria Sassian brings us an insurance consideration for our next shop at the mall or online:

Insurers have to worry about everything, it seems. For example, the standard commercial general liability policy covers advertising injury. So what constitutes an advertisement?

How about the modest hang tag, the thing that dangles from a piece of clothing as it sits on display at the store? This from a discussion at Gen Re’s blog:

Some courts have broadly construed the definition of advertisement, and policyholders have successfully argued that product packaging and point of sale retail displays qualify as “advertisements.” In E.S.Y., Inc. v. Scottsdale Ins. Co., 139 F. Supp. 3d 1341, 1355 (S.D. Fla. 2015), a competitor sued the insured, alleging it sold clothes with infringing designs and labels on the clothes and its hang tags. The court held that a “hang tag” constituted an “advertisement” such that the insurer owed a duty to defend. The court reasoned that the “hang tag” was not part of the product itself, and “had the additional function of attracting consumers to the garments themselves and to the brand more generally.”

In an email newsletter he writes, autonomous vehicle expert Alain Kornhauser (Princeton University) raised some questions and concerns regarding the report. Those include:

Airbags help save thousands of lives every year, but in the case of Takata Corp, the company’s exploding inflators have been linked to at least 16 deaths worldwide and more than 180 injuries.

Takata’s filing for bankruptcy protection in the U.S. and Japan and $1.6 billion sale of its assets to Key Safety Systems is the latest twist in what has been described as the largest and most complex automotive recall in history.

“The Chapter 11 bankruptcy in Delaware listed more than $10 billion in liabilities, including those from automakers like Honda Motor Co., Toyota Motor Corp. and Tesla Inc., which have claims over the airbags, and people who have brought class action lawsuits.”

“In the U.S. alone, about 43 million air bag inflators are currently subject to recall, and only about 38 percent have been repaired as of May 26, according to data on the U.S. Department of Transportation’s National Highway Traffic Safety Administration (NHTSA) website.”

This is a reminder of how important it is to check your vehicle for airbag­–and indeed any other recalls–at the NHTSA website.

The NHTSA Vehicle Identification Number (VIN) search tool allows you to access recall information provided by the manufacturer conducting the recall which may not yet be posted on the website.

Finding out fast about safety problems with your vehicles, tires or car seat allows you to get your car repaired (manufacturers are responsible for costs) and to protect you and your passengers.

If you’re among the millions of people attending a Pride parade in your home city this weekend, look out for participating insurers.

Many companies support LGBT (lesbian, gay, bisexual and transgender) events throughout the month of June and indeed year-round as part of their continuing commitment to diversity and inclusion.

Some 36 insurers were recently recognized as one of the “best places to work for LGBT equality” by the Human Rights Campaign (HRC) Foundation, earning a perfect score of 100 percent on their 2017 Corporate Equality Index.

The number of insurers achieving the top ranking has seen a steady increase over the last decade. Read more on LGBT insurance news and developments in some of our earlier posts through the years (here, here and here),

Here’s an overview of diversity and inclusion in the insurance industry from the Insurance Information Institute. 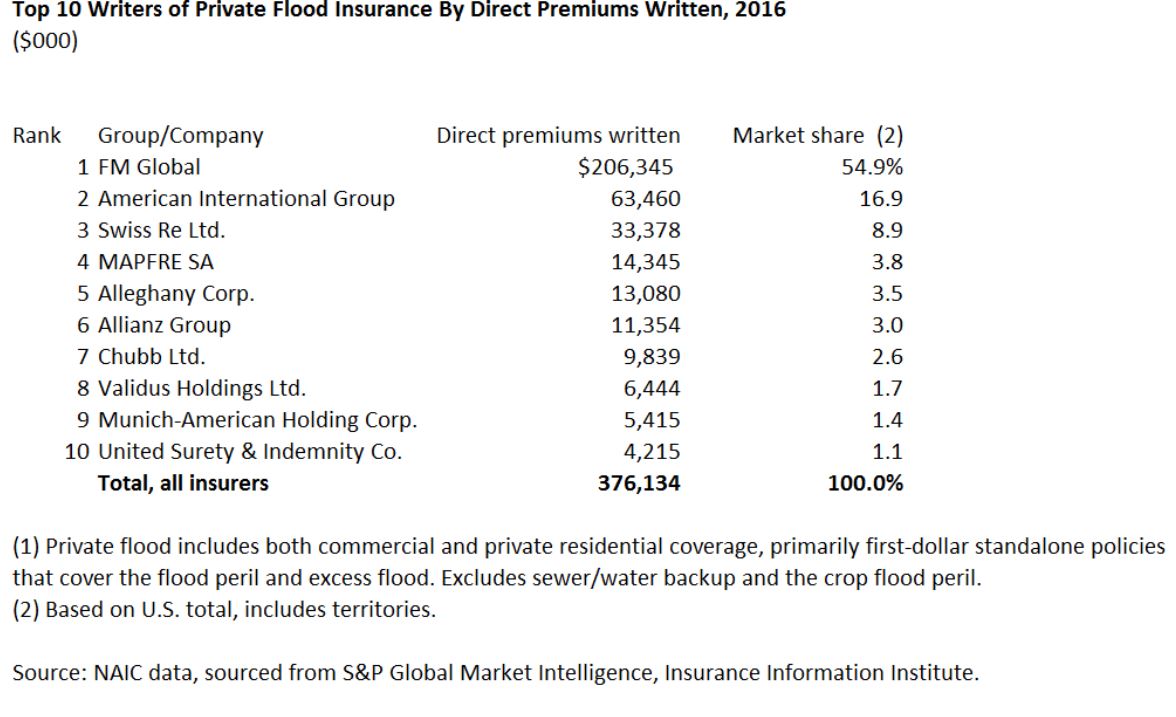 Heavy rainfall due to Tropical Storm Cindy is expected to produce flash flooding across parts of southern Louisiana, Mississippi, Alabama, and the Florida Panhandle, according to the National Hurricane Center (NHC).

Total rain accumulations of 6 to 9 inches with isolated maximum amounts of 12 inches are expected in those areas, the NHC says.

On Tuesday, Alabama Governor Kay Ivey declared a statewide state of emergency in preparation for severe weather and warned residents to be prepared for potential flood conditions.

Here are the numbers: 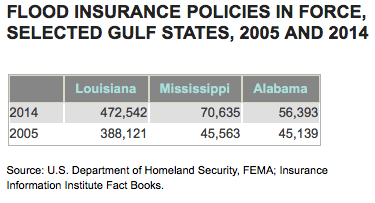 Every year the Insurance Information Institute (I.I.I.) and State Farm recognize Lightning Safety Awareness Week (June 18-24) by estimating the toll of lightning claims in the United States, writes the I.I.I. research team. Last year insurers paid out nearly $862 million in lighting claims to more than 100,000 policyholders, a 4.5% increase from 2015.

Damage caused by lightning, such as a fire, is covered by most homeowners insurance policies.

The Lightning Protection Institute (LPI) encourages homeowners to install a lightning protection system in their homes. Per Kimberly Loehr, communications director for LPI: “Lightning protection systems that follow the guidelines of NFPA are designed to protect your home by providing a specified path to harness and safely ground the super-charged current of the lightning bolt.”