The commercial auto line showed a spectacularly rapid deterioration of reserves beginning in 2012. In 2013 carriers begin to cite their trucking books as the source of increased frequency of severe claims, higher than expected large losses and deteriorating loss ratios. This recent GenRe article examines the causes which include:

Some of these trends are the same ones affecting personal auto lines. The author warns that claims departments need to be prepared and proactive.

Janet Ruiz, I.I.I.’s California representative wrote about what it takes to prepare for wildfires in this post last week. The first tip:

“Conduct an annual insurance check-up. Call your agent or insurance company annually to discuss your policy limits and coverage. Make sure your policy reflects the correct square footage and features in your home. Consider purchasing building code upgrade coverage.”

Property Casualty Insurers Association has come out with this wildfire preparedness tip list.

The I.I.I. has this frequently updated Wildfires Facts & Statistics page.

Whether you’re sharing rides, homes, workspaces, driveways, food experiences, or even, as in China, umbrellas and basketballs, the sharing economy continues to expand into new areas.

And so do the associated risks and liability.

From today’s I.I.I. Daily, via The New York Times: “Airbnb, the peer-to-peer vacation rental and hospitality site, is facing a lawsuit in which a guest says that the company did not perform appropriate background checks on a host who allegedly sexually assaulted her. According to the plaintiff, a background check would have uncovered information that the owner had been arrested and charged with battery, preventing him from listing property on Airbnb according to the terms of service.”

Whether you’re looking to rent out your space to someone or rent a space from someone via a peer-to-peer network, it’s important to know whether you’re insured.

Some tips on peer-to-peer home rental from the I.I.I.

Note: Airbnb has a Host Protection Program that provides hosts and landlords up to $1 million coverage for property damage and liability claims that occur in a listing or on an Airbnb property, during a stay.

But here are the risks that the Airbnb policy doesn’t cover:

“The Host Protection Insurance program does not apply to liability arising from (1) Intentional Acts including: (i) Assault and Battery or (ii) Sexual Abuse or Molestation – (by the host or any other insured party), (2) Loss of Earnings, (3) Personal and Advertising Injury, (4) Fungi or Bacteria, (5) Chinese Drywall, (6) Communicable Diseases (7) Acts of Terrorism, (8) Product Liability, (9) Pollution and (10) Asbestos, Lead or Silica.”

From the tech market experts at CB Insights:

Earnings season has kicked in. On various earnings calls this week, the topic of technology impacting the future of the industry came up multiple times.

There was lots of talk about tech and small commercial insurance. Read more at the link.

It’s been nearly 25 years since Hurricane Andrew devastated southern Florida. More than 25,000 homes were destroyed and another 100,000 damaged. At the time, Andrew was the costliest disaster in U.S. history, one that led to a major overhaul of building codes in Florida.

As the anniversary of the monstrous storm approaches, Swiss Re has released a report called Hurricane Andrew: The 20 miles that saved Miami. The report speculates what would happen if an Andrew size storm hit Florida today and if a present-day Andrew made landfall in Miami, or 20 miles north of its original landfall.

Since 1992, Miami-Dade County has population growth of more than 35 percent and huge growth in property values and asset concentration.  The same storm today could cause an estimated economic loss between $80 billion and $100 billion, of which only $50 billion to $60 billion would be covered by insurance, leaving a significant shortfall to be made up by taxpayers and governments.

If a present-day Category 5 hurricane made landfall 20 miles north of Andrew’s historical landfall location, putting its eye directly over Miami, losses could be between $100 and $300 billion.

Whether you’re an InsurTech startup with new ideas or an incumbent concerned about protecting your book of business, the greatest risk you can take may be to resist collaboration, according to a post on Willis Towers Watson Wire.

In Threat vs Opportunity? InsurTech is largely a matter of perspective, Andrew Newman, president and global head of casualty at Willis Re, says while it’s understandable that many insurers have perceived InsurTech as a threat to the value chain, the biggest threat lies not in technology itself, but in competitors of any description leveraging these innovations to gain advantage by reducing risk and lowering costs.

“The plain fact is that the vast majority of InsurTech companies aren’t interested in going to war with incumbents. Their focus is on creating value within the insurance value chain – not collapsing it. So if incumbents embrace ‘disruption’, rather than concentrating on defending themselves by keeping these opportunities at arm’s length, then they will find that the available technology is largely complementary to most of the current processes in the industry.”

Download the presentation Insurance: Leading Through Disruption by Insurance Information Institute president and CEO Sean Kevelighan to find out more about how the industry is poised to lead through disruption.

The cyber savvy have heard of phishing – sending thousands of malware-laden emails hoping for one unsuspecting click – but the Internet of Things introduced a new kind of fishing. It involved actual fish.

An internet-connected fish tank in a North American casino was used as an initial entry point into the casino’s network. This is one of nine examples of unusual attack vectors listed in a recent report from the security firm Darktrace. This report contains nine real-world examples where sophisticated methods, advanced technologies, or unusual strategies were employed.

The report warns that “…we are seeing new areas of vulnerability arise as modern companies embrace the ‘Internet of Things’. The proliferation of new connected objects multiplies the inroads to critical networks and data, yet organizations often have remarkably poor visibility of these hidden outposts of their networks. ”

In addition to the threat posed by “things”, the increasing digitization of everyday work processes means that legitimate network users can (accidentally) expose data and systems to significant vulnerabilities.

Another growing security concern is that the automation of malware production means that attackers can spread malicious software at lightning speed, outpacing the efforts of human security teams to identify and block new variants of threats.

From Buzzfeed, a back-to-school headline you may not have considered: Is Your School In A Flood Zone?

According to a report from the Pew Charitable Trusts and consulting firm ICF, some 6,444 public schools across the United States that serve nearly 4 million students are located in the 100 counties with the highest composite flood scores.

The risk of school flooding is distributed widely across the U.S. Schools in both inland and coastal areas have the highest composite flood risk scores, the report says.

Even when a school is not located in a flood zone, students who attend it often live within areas of flood risk.

“Of more than 5,000 schools, half or more of the ZIP code is located in a designated 1 percent annual chance flood zone.” 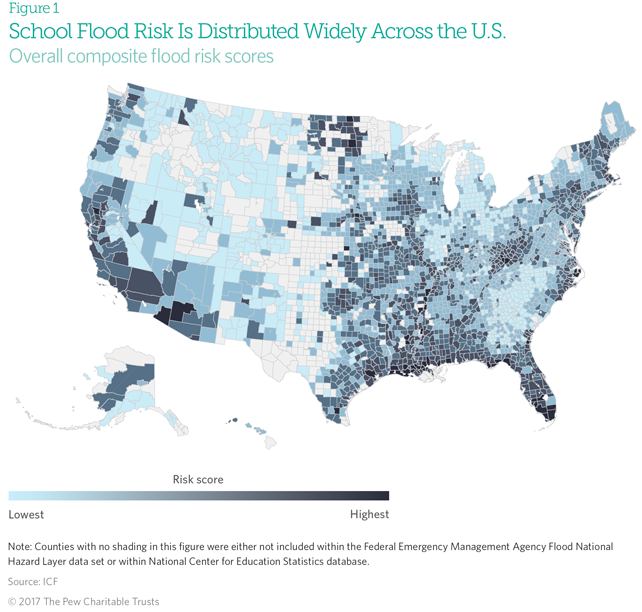 The composite flood risk score calculated by ICF is based on three indicators: a school’s location within a designated flood zone, the percentage of a school’s neighborhood (as represented by ZIP code) located within a flood zone, and the number of historical flood-related federal disaster declarations in that county.

Taking proactive steps to reduce risks and improve flood safety is a growing priority for some schools. 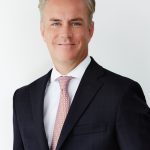 In a report released last month, the Boston-based Aite (pronounced EYE-TAY) Group outlined the fact that insurers are recognizing their fraud-fighting efforts must adapt to this new era, and found reason for optimism. The Aite Group reports insurers are retaining state-of-the-art vendors, like data aggregators, producers, and receivers and then analyzing this data through the use of artificial intelligence and predictive analytics. The result? Insurance companies are equipping themselves with the high-tech tools they need to assess a prospective customer, verify a claim, and identify suspicious activity.

How might behavioral economics apply to the claims management process? Maria Sassian, research manager at the I.I.I., investigates:

A recent edition of Gen Re’s Claims Focus contains a fascinating article that explains some of the key principles of behavioral economics (BE) and demonstrates their application to claims management.

BE theory asserts that individuals make irrational decisions due to cognitive biases they are not aware of. These biases are so common that Dan Ariely coined the term ‘predictably irrational.’  BE has been a hot topic in insurance for some time and interest in it is not fading.

Clio Lawrence, the author of the article, studied a group of self-employed income protection insurance policyholders in the UK. Several BE principles were applied throughout the claims process. She concludes: “While our observations and investigations are ongoing, the anecdotal evidence and feedback has so far supported a link between the application of BE principles and claims outcomes. “