WASH­ING­TON—U.S. of­fi­cials voted Fri­day to re­move fed­eral over­sight of Amer­i­can In­ternational Group Inc. AIG, an ​in­sur­ance com­pany now about half the size it was when it was on the brink of col­lapse and be­came a poster child of the global fi­nan­cial cri­sis. 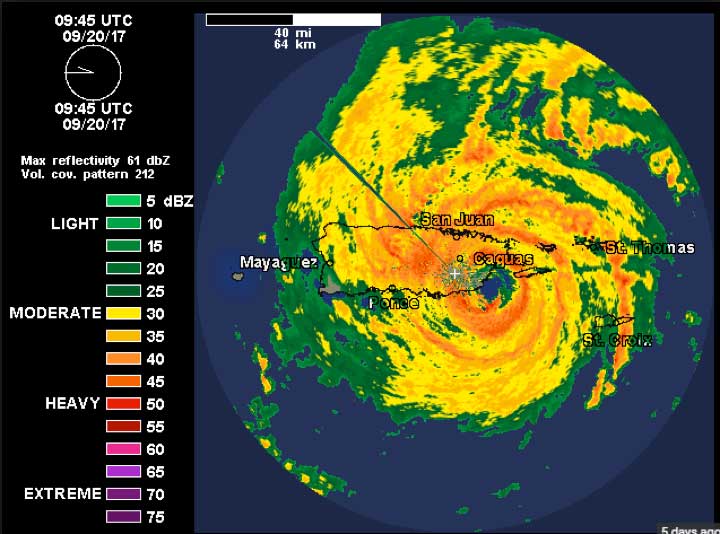 Our communications department has gotten calls about the insurance implications of the Equifax breach and what might happen to your rates if you freeze your credit. The answer, for most people, is not much. Insurers, where legal, look at your credit information when you first become a customer – when you first applied for coverage. They don’t re-evaluate unless you ask them to – something to keep in mind if you think your credit has improved. (This last is also subject to state laws – some states require a re-evaluation.) So, if you freeze your credit, there’d typically be no impact with the insurer you already have.

If you are shopping for insurance, the fact that you have applied for a policy, in most states, means that you have given permission that transcends your freeze order. So, the insurer would be able to use the information in its rating (as always, where legal.)
We also got a lot of other good information from Fair Isaac (inventor of the credit score). We will share that in a future post. . .. .

From January 1, 2017, FEMA – the Federal Emergency Management Agency – secured increased reinsurance protection to share a meaningful portion of the risk of large and unexpected flooding with private reinsurance markets.

This placement of reinsurance transferred $1.042 billion in risk above a $4 billion deductible to 25 reinsurance companies.

Under this agreement, the reinsurers can cover 26 percent of losses between $4 billion and $8 billion arising from a single flooding event.

Per Artemis: “The NFIP reinsurance program is a per-occurrence arrangement, meaning it covers a single loss event.”

Also noted by Artemis at the very end of its blog post, the NFIP reinsurance layer does not have a reinstatement provision.

This means that the NFIP cannot also claim on the program for its losses from Hurricane Irma as a second and separate event.

The I.I.I.’s California representative, Janet Ruiz briefed our membership this week on key insurance related stories. Here are some highlights.

While natural disasters have the unique ability to unify people, it is important to stay cognizant of scams and fraud that follow.

PropertyCasualty360 addressed potential scams in this article, noting that hurricane relief fraudsters are some of the first to appear after a storm. One way to avoid scams is to donate strictly to well-known reputable organizations such as the Red Cross or Direct Relief.  The Insurance Industry Charitable Foundation has a Hurricane Harvey disaster relief fund as well.

Affected homeowners should be wary of who they let into their home for repairs. Regulators in Florida are warning consumers not to sign Assignment of Benefits (AOB) forms to get repair work started.

FEMA has launched this page with information on disaster relief and how affected individuals can prepare for the arising fraudsters.

The issue of causation, especially when there may be multiple causes of loss, can be a tricky one for both insureds and insurers. It comes down to what caused the loss – and in what order.

Take the example of a major catastrophe, like a hurricane, where there may be property claims arising from both wind and water. Determining the cause of loss is key to determining whether there is coverage under the terms of an insurance policy because there are two policies in play, one for wind damage and one for flood damage.

The efficient proximate cause doctrine finds that where there is a concurrence of different perils, the efficient cause – the one that set the other in motion – is the cause to which the loss should be attributed.

Under the concurrent causation doctrine, when multiple perils contribute to a loss, coverage is allowed if at least one cause of the loss is covered by the policy.

In the case of Florida, a recent court decision adopted the concurrent causation doctrine, which will impact Hurricane Irma claims.

Our Communications department has received questions from Canadian news outlets on behalf of Canadian citizens who own homes in areas affected by either Hurricane Harvey or Irma. Here are some of their questions and the answers we found.  Of course, the answers below also apply to other non-citizens who own property in the U.S.

A:  It depends. To be eligible for assistance from FEMA, at least one person in the household must be a U.S. citizen, Qualified Alien or noncitizen national with a U.S. Social Security number.

A: Yes. Anyone who owns property in the U.S. can buy a FEMA NFIP policy as long as their property is in a participating NFIP community. They should be able to buy excess flood coverage if the event they want policy limits above a beyond what FEMA’s NFIP offers ($250,000 for dwelling protection, and $100,000 for the dwelling’s contents).

A: Yes, it appears. We found no restrictions on the citizenship of the buyer. To find out more about Florida Citizens’ eligibility requirements click here.

Today marks the 16-year anniversary of 9/11, and as we remember those who perished and honor first responders on that day, it’s worth noting that we have not had a large-scale terrorist attack on U.S. soil since then.

From a recent discussion by property underwriters Gedion Amesias and Jeri Xu at the Swiss Re Open Minds blog:

“Since 9/11, the U.S. government and four of its allies (Five Eyes alliance) have been spending tens of billions of dollars each year on counter-terrorism. Even though it’s hard to accurately estimate, there are experts that approximate the U.S. spends around $100 billion a year on counter-terrorism efforts. Successful attacks since 9/11 have been carried out by either a lone wolf or a duo, for example the 2016 cargo truck attack in Nice by one driver, and 2013 Boston Marathon bombing by a pair of brothers. Plots that involve more people are more likely to be discovered through the surveillance of their communications, so organized large-scale plots are less likely to occur.”

“Terrorism insurance is effectively insurance against the failure of counter-terrorism. Because counter-terrorism efforts have increased so much post 9/11, a reasonable assumption to make is that the frequency and severity of loss from terrorism have decreased significantly.”

They conclude that underwriters need to think about how terrorists will behave going forward and how governments around the world will counteract terrorism in order to predict where and to what extent future losses may occur.

Willis Towers Watson offers insight into how insurers are responding to meet the evolving nature of terrorism.

The I.I.I. has resources on terrorism risk and insurance here.