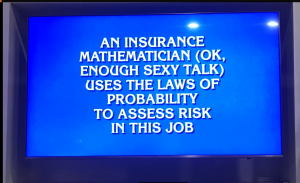 Some of you may have been delighted when insurance appeared as a category in a recent Jeopardy show. On Thursday, November 9th the Double Jeopardy round featured a category called “satisfying all your insurance needs.”

The contestants were able to answer most of the questions, but no one could identify a completion bond or term life insurance. For a full list of questions and answers click here.

This year, ACORD held its annual insurance innovation challenge competition in Boston. The competition highlights tech-driven solutions from some of the best and brightest in the business. Willis Re’s Dan Foster reports in this blog post on several key insights from the event.

The Wall Street Journal reported on Monday, November 6, on how insurance companies are increasingly using private firefighter services to help protect the homes of policyholders in areas prone to wildfires. According to the article, insurers see the service as an opportunity to provide protection beyond what most people get through publicly funded firefighting.

Waymo has been testing driverless minivans in Phoenix, Arizona over the past month, Waymo’s CEO announced this week.

Employee negligence is the leading cause of cyber security breaches. This Willis Tower Watson blog post suggests several ways to improve employee awareness of good cyber hygiene. They include increasing the frequency of awareness training; adopting a ‘learn by doing’ training approach; gamification of training; appointing employee ‘cyber ambassadors’; ensuring the IT department has the right skills; and evaluating corporate culture to make sure it supports cyber awareness. More details on building a cyber savvy workforce are available here. 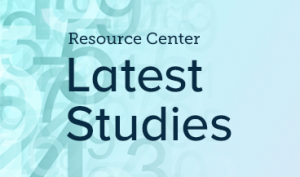 The November issue of our Latest Studies digest is now available.

On Tuesday, October 31, a man plowed a pickup truck into a crowded bike path in lower Manhattan. Eight people were killed and 11 more injured. A note found near the truck indicate the driver’s affiliation with the Islamic State, but no evidence of a wider plot or direct ties between the driver and ISIS has been found, and the incident is another in a growing list of “inspired” attacks, according to counterterrorism experts.

Although New York City mayor Bill de Blasio and other politicians have called the attack an act of terror, policyholders with terrorism insurance are only covered by that policy if the U.S. Department of the Treasury officially certifies an event as an act of terrorism. This requires that the act be violent and driven by the desire of an individual or individuals to coerce U.S. civilians or government. The act must also cause over $5 million in property and casualty losses.

Since the attacks on September 11, none of the attacks on the U.S., including the Boston Marathon bombing, have been certified as terrorist acts by the Treasury. In the absence of that certification, business owners can file claims under their standard property casualty policies.