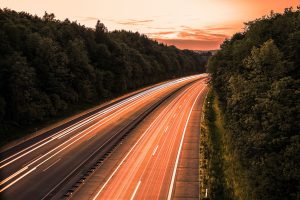 If I were to pick out the hottest topics in workers compensation these days, these three would be near the top:
• Opioids.
• Marijuana.
• How technology will affect the industry.
All three will be prominently featured at the Workers Compensation Research Institute’s Annual Issues & Research Conference March 22 and 23 at the Westin Copley Place, Boston.
The research organization, known by its acronym, WCRI, has for more than three decades conducted deep, objective research into what makes the workers comp system tick. Its conference annually hosts about the deepest dive you can find into the intricacies of the largest commercial line of business. I attend every year, and am happy for the privilege.
This year attendees will hear the latest on how opioids affect the ability of workers to return to their job; how Americans deal with prescription drugs in the workplace; and how a major employer – United Airlines – addresses the issue.
And a University of Georgia researcher, Dr. David Bradford, will discuss his studies on the effect of medical marijuana programs on prescription drug spending.
And opening speaker Erica L. Groshen, former head of the U.S. Bureau of Labor Statistics, will look at how artificial intelligence, robots, driverless cars and such will affect the labor force. From the conference website:

She will argue that much of the hype about the future of work is either far too optimistic or to pessimistic. In addition, she will talk about how the official statistics are more important than ever.
They are the information infrastructure that we all need to see through the haze, so that we make good decisions for our companies, our communities and ourselves.

California Insurance Commissioner Dave Jones said this week the state’s policyholders should benefit from the “reduced taxes paid by insurance companies,” a reference to the recently-enacted federal tax reform law.

A tsunami warning was issued and then rescinded after a 7.9-magnitude earthquake occurred offshore, about 150 miles south of Kodiak, Alaska, on Tuesday morning, January 23.

Five workers were killed after a gas rig explosion in Quinton, Oklahoma on Monday, January 22.

The fire, which started on December 4, became the largest in California history and was followed by devastating mudslides in burned areas stripped of vegetation.

RMS estimates include losses from burning or smoke damage to personal and commercial lines and insured losses due to business interruption and additional living expenses. They don’t include automobile and agriculture losses, or damage related to the recent mudslides.

The I.I.I. has Facts & Statistics on wildfires here. At 12:01 Saturday, the U.S. government shut down. Here is what that means for the National Flood Insurance Program, as taken from the NFIP’s web site (last updated Wednesday):

FEMA and Congress have never failed to honor the flood insurance contracts in place with NFIP policyholders. In the unlikely event the NFIP’s authorization lapses, FEMA would still have authority to ensure the payment of valid claims with available funds.

However, FEMA would stop selling and renewing policies for millions of properties in communities across the nation. Nationwide, the National Association of Realtors estimates that a lapse might impact approximately 40,000 home sale closings per month.

I get interviewed by a lot of newspapers, magazines and TV stations, but maybe the most interesting one came last year when I spoke to David Scharfenberg of the Boston Globe about neuroscience and actuarial science.

David’s article looks at the criminal justice system and suggests that people under the age of 25 should be classified and punished differently from people older than that. Their young-ish minds aren’t fully developed.

He points to scientific studies and programs, but he wanted to talk to me about insurance. The I.I.I., of course, has no opinion on criminal justice, but famously, auto insurers charge younger drivers more than older drivers, and the rates generally change about age 25.

From the article, here is what I said:

The data show a significant decline in the number of accidents for drivers over the age of 25, because they’re more experienced and more mature. And property casualty insurers — more than 2,000 in all — have to retest that proposition year after year, in order to justify the elevated rates to state regulators.

“It’s like, ‘OK, here we are in Arkansas — well, looks like we’re going to be drawing the line at 25, 26 again,’ ” Lynch says. “Now, we’re looking at Massachusetts — oh, there we are again.” The industry, he says, has known for decades what the white coats in the lab are now confirming.

“We were there,” he says, “long before the neuroscientists.”

Postscript: This article was actually published in November, but I only heard about it in mid-January when a prisoner at a correctional center in Massachusetts asked for more information. I sent him this link from our Facts and Statistics page.

One might think that family-owned and operated businesses would be relatively immune from employee lawsuits, but that’s not the case according to a recent Gen Re article.

The reasons family-owned businesses get sued include: most family owned businesses employ at least one non-relative; the non-relative is likely to be first to be fired when the business is struggling; and family members are reluctant to discipline each other for bad workplace behavior, especially if the family patriarch is the one misbehaving.

The article gives several examples of lawsuits against family businesses and the awards paid out, concluding that a family-owned business would benefit from including employment practices liability insurance (EPLI) as a part of its insurance package.

At the massive Consumer Electronics (CES) show held in Las Vegas from January 8 – 12, self-driving technology took up much of the spotlight, heralding the unstoppable advent of the era of autonomous cars.

The activity went beyond the convention floor, with Aptiv (formerly Delphi) and Lyft partnering to offer rides in self-driving cars to attendees.

The Wall Street Journal reports that Renault-Nissan Chief Executive Carlos Ghosn said at a CES press conference: “[We are] going to see complete arrival and mass marketing of autonomous driving in the next six years. … The speed at which mass marketing will happen will not depend only on us. It will depend on country by country to make this a mass marketing phenomenon, not only a prototype… But this is going to happen.”

Gaurav D. Garg, CEO of global personal insurance at AIG, said that he expects that jury decisions and awards in litigation related to autonomous vehicles will be a part of shaping the future of the technology.

Zurich Insurance Group, is one company looking to get a jump on auto technology advances. Zurich acquired Bright Box HK Ltd., in a move which the company said would increase its capabilities in connected car technologies and mobility and strengthen Zurich’s proposition for car drivers, car dealers and original equipment manufacturer. The acquisition will also facilitate new insurance services leveraging telematics-enabled data analytics.

Last week news broke of two security flaws in computer processors that affect virtually all computers, smartphones and smart devices such as televisions and refrigerators.

The first flaw, nicknamed “Meltdown,” applies specifically to Intel chips. The second flaw called “Spectre,” is more difficult for an attacker to exploit but has no available patches yet and lets attackers access the memory of devices running Intel, AMD, and ARM chips.

This article from Woodruff Sawyer & Co., an insurance and risk management company, considers the cyber insurance underwriting implications of these flaws. The article states that once a bug becomes known and a patch or solution is available, the burden shifts to the device owner to download the patch and update their device. Cyber underwriters will want to know if business owners have patched all vulnerable devices, and how long it took to do that after the patches became available.

Another area of underwriting focus will be device obsolescence. Intel has stated that the patches released to address the vulnerability will focus on devices introduced in the last five years. Since manufacturers are not motivated to keep updating old equipment, and it may be difficult for companies to ensure that their entire network is free of the vulnerability if they don’t migrate to newer machines.

The article concludes that companies that are proactive in dealing with the chip vulnerabilities will improve their cyber security – and their ability to secure good cyber insurance.