Most people agree that honesty is the best policy, but when it comes to filling out insurance applications, many consumers are willing to fudge the truth to get a better rate. According to a study from finder.com, an estimated 35 million Americans have lied on an insurance application.

Almost one in three (29 percent) of the people who have lied on an insurance application have done so for car insurance. That amounts to 10.2 million Americans who were willing to lie to get the best coverage for the road.

“Taking creative liberties on your insurance application may seem like an innocent white lie, but it’s actually considered fraud, and the repercussions can be serious. If found out you may be charged a higher premium, denied a policy or even charged with fraud, requiring you to pay a fine or even do jail time,” said Finder’s consumer advocate Rachel Dix- Kessler.

There are numerous ways to save money on car insurance. The Insurance Information Institute has these tips for shopping around for the best policy. 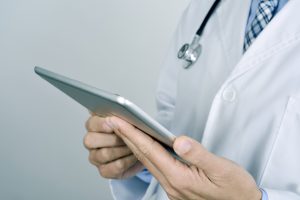 You can’t talk about workers’ compensation insurance these days without mentioning “telemedicine” at least once. It should therefore come as no surprise that telemedicine was given its own panel discussion at the 2019 Workers’ Compensation Research Institute’s (WCRI) Annual Issues and Research Conference.

(In case you don’t know, the American Telemedicine Association (ATA) defines telemedicine as the “remote delivery of health care services and clinical information using telecommunications technology.” Think of an app that lets you video chat with a doctor, for example.)

The potential benefits of telemedicine to patients, providers, and employers could be immense. Improved access to healthcare services. Fast, personalized care. Treatment efficiencies. Reduced costs. Dr. Stephen Dawkins of Caduceus USA put it this way: “It’s crystal clear, as a provider, that telemedicine is a tsunami that will change the paradigm of medical care.”

Indeed, as Dr. David Deitz of Deitz & Associates noted, telemedicine is almost the perfect storm of improved healthcare services – and is already experiencing exponential growth in the commercial health sector. Citing the ATA, he noted that there were an estimated 1.25 million telehealth visits in 2016 alone – and that some sources estimate that over 400 million of U.S. medical visits could have been telemedicine encounters.

But has telemedicine made inroads into workers’ compensation?

Dr. Deitz pointed out that there is “essentially no quantitative data on [telemedicine] use in workers’ compensation.” Furthermore, he argued that there are several open questions when it comes to telemedicine: what are the appropriate regulations and reimbursement models? Is there a quality trade-off for telemedicine versus in-person encounters? Are there any privacy or cybersecurity concerns?

According to Leisure, the program basically works as follows. An injury occurs. If urgent, the injured worker proceeds directly to urgent care or the emergency room. If it’s non-urgent, the worker calls the company’s nurse triage system for preliminary care. If the phone call isn’t enough, the worker has the option of being escalated to a telemedicine program on their smartphone.

What have been the results so far? Generally positive, with the program leading to $153,000 in hard dollar savings in 2018. But Leisure did note that there are still wrinkles that need to be ironed out. Identification of telemedicine candidates during the triage phase needs improvement.  Employee trust in the program could also improve.

But the injured workers seem to approve of the program. “Overall, I’m really excited, there’s a lot of upside potential just in our initial program,” Leisure said. “I think it will explode over time.” One particular benefit of telemedicine could be keeping workers and employers out of the courtroom. “We think the litigation rate is going to drop significantly” with widespread and effective telemedicine, said Leisure.

Indeed, despite some open questions about workers’ compensation adoption of telemedicine, the panel agreed that the industry would benefit tremendously. “Telemedicine basically gives you a conduit through which you can achieve better case management,” said Dr. Dawkins.

Unsurprisingly, the opioid crisis was a major topic of conversation at the 2019 Workers’ Compensation Research Institute’s (WCRI) Annual Issues and Research Conference.

Workers’ compensation insurance has been particularly affected by the crisis. Opioid use can, perversely, increase a worker’s risk of disability. Opioid use can lead to dependency, which results in increased dosages and higher costs. Dependency can lead to abuse; abuse can result in on-the-job performance impairment and further injuries – or it can delay a worker’s ability to return to work. In the worst case scenario, abuse leads to addiction and death.

These are just some of the reasons why opioid use can significantly increase the costs of workers’ compensation claims.

The Centers for Disease Control and Prevention (CDC) found that 70,327 people died from fatal drug overdoses in the U.S. in 2017.

As Dr. Alan Krueger of Princeton University noted, the problem is most concentrated among men and women with lower levels of education: “Americans with diminished economic expectations are particularly vulnerable to the opioid epidemic.”

But no one is immune, he added. “Essentially no group has been spared from this crisis in the U.S.”

Dr. Vennela Thumela of the WCRI presented recent findings about the correlates of opioid abuse and overdose. She found that mining and constructions workers were most impacted, representing the highest percentage of opioid prescriptions among all workers receiving pain medications. Higher rates of opioid prescriptions also correlated with workers who are older, male, and live in rural areas.

In fact, per Dr. Davis, 24 percent of all opioid deaths in the state between 2011 to 2015 were construction workers.

The costs are staggering

Dr. Krueger put it bluntly: “This is a human tragedy.”

It has also been a tremendous tragedy to the U.S. economy. Dr. Krueger cited a 2017 Council of Economic Advisers (CEA) report, which estimated that in 2015 alone, the economic cost of the opioid crisis was over $500 billion – or 2.8 percent of GDP. Dr. Krueger noted that the number of opioid-related overdoses in 2017 increased by at least 50 percent since 2015 – implying a cost in 2017 alone of about $750 billion.