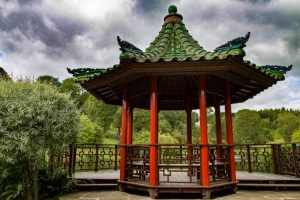 In a recent study on China’s natural catastrophe (NatCat) perils, Gen Re collected direct economic loss data over the past 10 years (2007 to 2016).  I.I.I. staffer Brent Carris sums up the study below.

During the 10-year period covered by the study, 24 percent of catastrophe related economic losses came from earthquakes, only topped by droughts, at 25 percent. The remaining damages consisted of: rainstorms, typhoons, snow and low temperature, and hail and tornados at 24 percent, 12 percent, 8 percent and 7 percent, respectively.  In 2008, there was a significant spike in losses due to the Sichuan Earthquake.

According to AIR Worldwide, catastrophe insurance indemnity account for only 9 percent of direct economic loss in Asia. In China, a projection of this number would be even lower if based on the past 10 years’ major NatCat events. For example, insurance payout against total direct economic loss for the Sichuan earthquake in 2008 was 0.2%, and less than 1% for the Ya’an earthquake in 2013. Insurers are reluctant to provide coverage for high risk areas, notably due to insufficient pricing and the inability to monitor NatCat accumulation/aggregates.

The situation is expected to improve, however, as the development of catastrophe insurance is deemed an important aspect of the growth of China’s insurance industry.