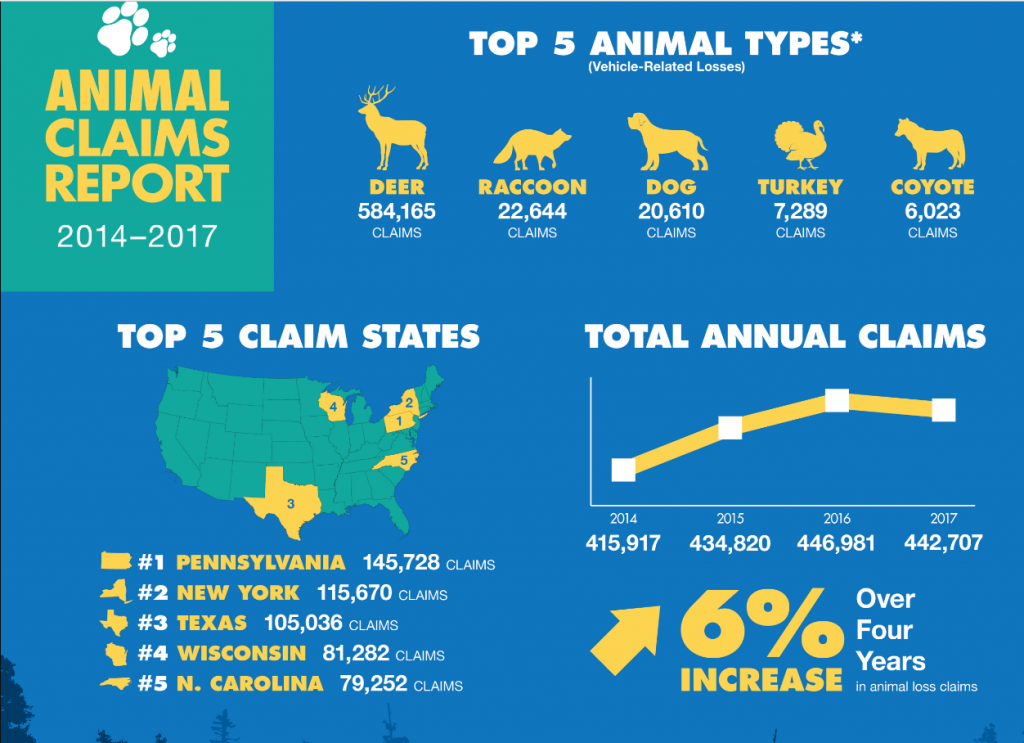 Claims are most likely to occur in Pennsylvania, New York and Wisconsin.

The average animal crash claim amounted to about $4,000 in 2016 according to one major insurer. That would have amounted to nearly $1.8 billion in claims in 2016.