Whichever way you slice it, NOAA’s just-released outlook for the 2016 Atlantic Hurricane Season appears to suggest we’re on track for more hurricane activity than we’ve seen in a while. 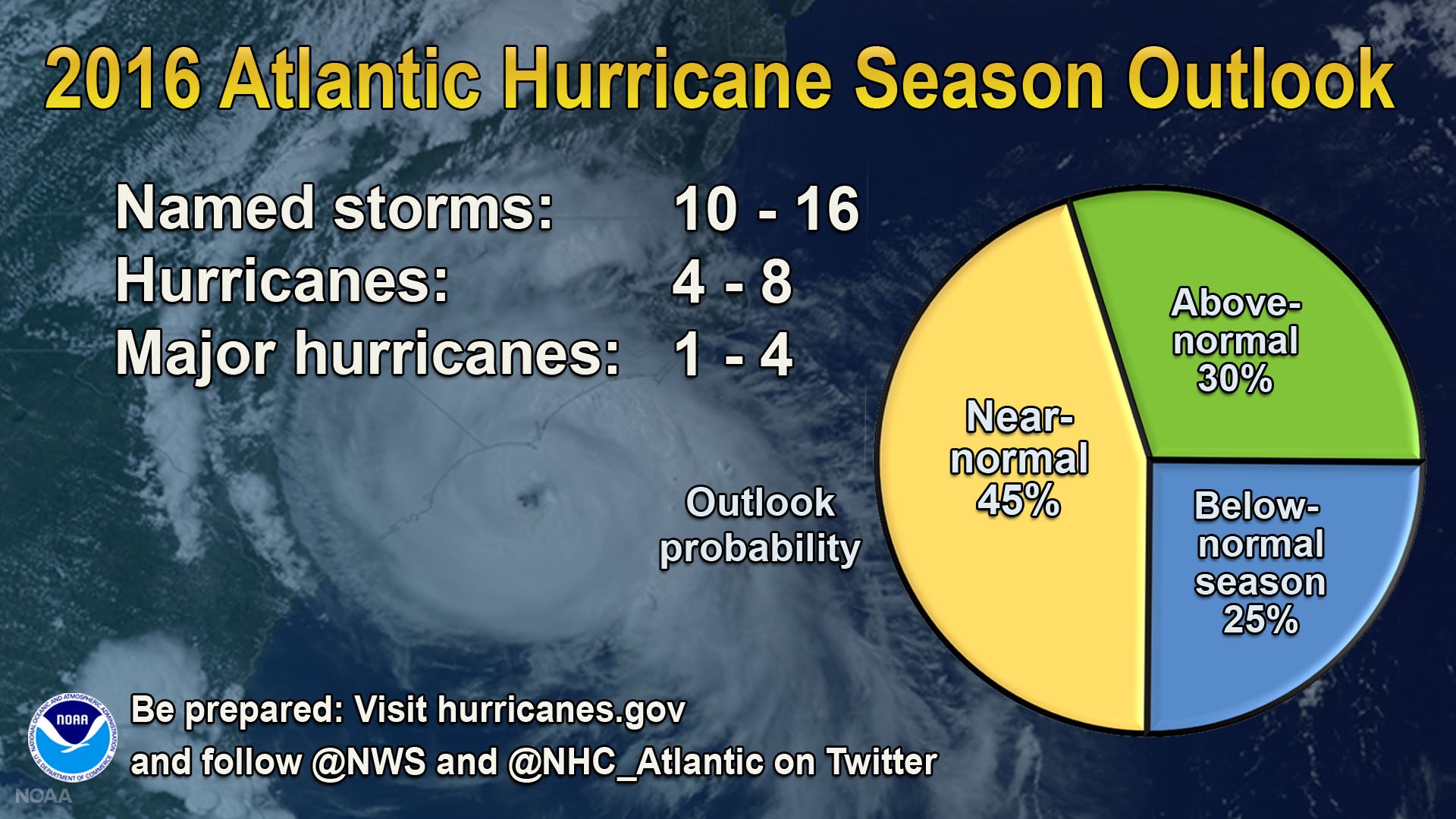 “This is a more challenging hurricane season outlook than most because it’s difficult to determine whether there will be reinforcing or competing climate influences on tropical storm development.

“However, a near-normal prediction for this season suggests we could see more hurricane activity than we’ve seen in the last three years, which were below normal.”

Insurers paid out more than $26 billion in hurricane losses that year, including Superstorm Sandy which caused $19 billion in insured property losses.

With Bonnie threatening to develop into a tropical storm over the Memorial Day weekend, the Atlantic could have its second storm before the official start of hurricane season, which starts June 1, as the Insurance Information Institute reminds us here.

Bear in mind that NOAA’s outlook includes Hurricane Alex, a pre-season storm that formed over the far eastern Atlantic in January.

With El Niño dissipating, NOAA’s Climate Prediction Center forecasts a 70 percent chance that La Niña— which favors more hurricane activity — will be present during the peak months of hurricane season, August through October.

However, current model predictions show uncertainty as to how strong La Niña and its impacts will be.

Check out this earlier post over at Artemis blog about the potential impact of La Niña.

As we’ve said before, regardless of predictions and outlooks it pays to be prepared and this year’s hurricane season is no different.