Despite its largest-ever quarterly decline in policyholder surplus, the property/casualty insurance industry remained profitable in the first quarter of 2020 and remains financially strong, according to a commentary by Triple-I’s senior vice president and chief economist, Dr. Steven Weisbart.

Policyholder surplus – the amount insurers hold in reserve to ensure that they can keep their promises to pay policyholder claims – dropped by $75.9 billion in the quarter as the stock market suffered a major downturn, according to a report by Verisk, a data and analytics provider, and the American Property Casualty Insurance Association (APCIA).

Since then, the COVID-19 pandemic has continued to affect many insurers and will likely impact underwriting results for the second quarter and the rest of the year.

“Thanks to continued premium growth and positive investment results, the industry turned in a profitable first quarter,” Weisbart says. “Most of its investment income comes from high-quality corporate and municipal bonds, which are not as volatile as investments in stock.”

The industry’s combined ratio – a widely used profitability metric – was 94.9 in the first quarter of 2020, compared with 95.6 for the same period in 2019. A lower ratio indicates better performance. 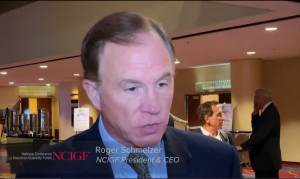 Interested in the state of the insurance market? Tune in to a free live webcast on Monday, May 20th at 11:20 a.m. ET to watch Insurance Information Institute (I.I.I.) CEO Sean Kevelighan talk about the industry at the Casualty Actuarial Society’s Spring Meeting.

Kevelighan will address the insurance market’s financial performance over the last 15 years with a special focus on rising auto costs and on leadership needed to sustain the business model, create jobs and promote/facilitate economic growth. Plus, he’ll touch on InsurTech and digital transformation in insurance.

No pre-registration is required to watch the webcast, just go to this link at 11:20 a.m. to watch the live session.

The Treasury yield curve inverted last weekend and many are concerned: Sustained inverted yield curves are often harbingers of recession. Insurers could also feel the impact, since the yield curve can influence an insurer’s rates, profits, and portfolio structure.

But what makes last week’s shift in the 1- year Treasury curve worrisome is the convergence of other negative signals over the last year – including expected macroeconomic considerations such as the waning of the 2017 tax reform.

How might insurance be impacted by a sustained inverted yield curve?

An inverted yield curve has multiple implications for insurance, some of which depend on the nature of an insurance company’s liabilities and investment profile.

The inverted yield curve also has implications for insurer investments. Given investments in fixed income and real estate, an inverted yield curve will require adjustments to avoid mismatch in obligations and revenues. Remedial actions could include selling assets to realize capital gains because the asset value of the bonds that had been bought at higher rates would now be more valuable.

The yield curve: a brief primer

But when there is recession risk and fears of falling interest rates, investors will invest in longer-term bonds to “lock in” at yields that are currently higher than they think will exist in the future. This increased demand for longer-term bonds will, paradoxically, lower yields since bond prices and interest rates are inversely related. At the same time, short-term bond demand goes down (since everyone is running to the long-term bonds), which increases yield.

If this happens, the three-month bonds will have lower yields than the 10-year bonds. And voila: the “normal” yield curve inverts.

The longer the inversion lasts, the higher the odds of a recession in the following quarter. For example, according to the Federal Reserve Bank of Cleveland, the yield curve inverted in August 2006 prior to the onset of the Great Recession in December 2007.