Commercial property/casualty insurance rates in the United States continued to register a decline  in February, but showed little movement across  sectors, according to online insurance exchange MarketScout.

The composite rate remains at minus 4 percent.

Richard Kerr, CEO of MarketScout noted that traditionally February has always been a slow insurance month, so the lack of activity in rates is not surprising.

By coverage classification, commercial property saw the largest decrease at  5 percent, while business interruption, inland marine and commercial auto were all priced more competitively in February as compared to January. The rates for other coverages remained steady.

Here’s the visual on the average P/C rate changes for 2016 compared to a year ago: 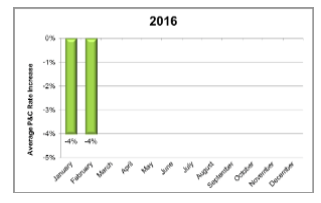 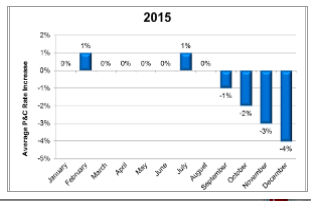