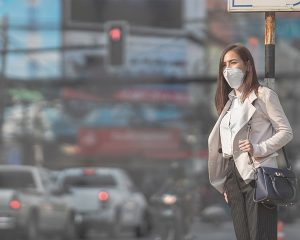 Between 1918 and 1919 the so-called Spanish influenza pandemic* killed at least 50 million people worldwide and infected about 500 million people – or about 1/3 of the entire world’s population at the time.

While the Spanish flu’s destructiveness has been an outlier over the last several decades, epidemics and pandemics on a smaller scale do still happen (avian flu, swine flu, Ebola, etc.).

Commercial property policies can vary a great deal, but the standard, unendorsed policy would probably not cover losses resulting from a disease outbreak.

Business interruption coverage: Besides the tragic loss of life, epidemics can also take a tremendous economic toll. Supply chains are disrupted. Businesses lose both employees and customers to sickness. Quarantines are enforced. Commercial property policies often include business interruption coverage, which pays out lost income and extra expenses incurred from a covered loss to the insured property. But unfortunately, this coverage probably does not extend to disease outbreaks.

Imagine an epidemic causes a factory to shut down because its employees are all sick. Would coverage apply to the lost income? Probably not. The reason is relatively simple: most property policies require some kind of property damage to occur that results in income loss. Sick employees probably don’t count as property damage (more on property damage below).

Is a disease a “pollutant”? Surprisingly, whether a disease outbreak can cause property damage is actually up for debate. Some have argued that the mere presence of a disease on the covered property could be a direct physical loss. But even if that were true, many commercial property policies include pollution or contamination exclusions, which can include viruses, bacteria, and diseases. In that case, any physical damage caused by a disease would not be covered. (That being said, how courts interpret a pollution exclusion varies significantly, so anything could happen if the question is litigated.)

Supply chain insurance: The standard policy isn’t the only product out there in the marketplace. For example, there is a more specialized insurance often called “supply chain risk insurance,” which covers business interruption resulting from a disrupted supply chain and does not require any losses to physical property. With this coverage, if a factory’s supplier shut down due to a disease outbreak, the factory could be covered for any lost income, regardless of whether there was any property damage that caused the disruption.

The standard commercial general liability policy includes “disease” under its definition of bodily injury. Barring any coverage-altering endorsements (and depending on the state and the specific terms of the policy), it would appear that there is coverage if an insured is found liable for accidentally helping spread a disease; for example, if a music venue did not take adequate precautions to halt the spread of an infectious disease on its premises.

But just as with commercial property policies, liability policies often include pollution exclusions. How pollution is defined – and how broadly a court will interpret the scope of the exclusion – will all impact whether liability arising out of a disease outbreak is covered or not.

Furthermore, a policy may also include exclusions for any liability arising out of communicable diseases, just like the exclusions found in personal liability insurance policies.

If this kind of insurance would extend to losses caused by a disease depends on the policy and its definitions. It would, for one, need to define a “pollutant” broadly enough to include disease agents like a virus or bacteria.

This may not always be the case. For example, some environmental policies affirmatively provide coverage for damage arising out of Legionella bacteria – but that’s it. Again, the specifics of the policy matter.

In sum, the standard commercial property and general liability insurance policies will probably not cover damages from disease outbreaks. These policies can vary widely, however, and can also be endorsed and extended in ways that could offer coverage for disease outbreaks. Other, non-standard policies also exist in the marketplace that could satisfy this coverage need. As always, talk to your agent or broker if you have questions about your policy and insurance needs.

In a later article, we’ll look at pandemic catastrophe bonds.

*The first recorded cases occurred in the United States. It became known as the Spanish flu because neutral Spain did not impose wartime media censorship, so the Spanish press was able to report on the pandemic.