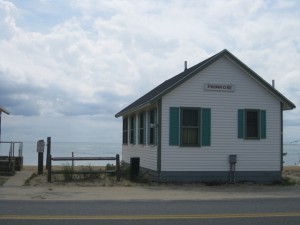 Weather experts, including I.I.I. non-resident scholar, Dr. Phil Klotzbach, are predicting a slightly below average hurricane season for 2018, but that does not mean that the dangers of potential storm damage are negligible.

CoreLogic, an analytics company, released its annual Storm Surge report on June 5. The report found that along the Gulf and Atlantic Coasts, about 6.9 million coastal homes worth over $1 trillion are at risk. CoreLogic estimates reconstruction costs for 2018 increased 6.6 percent from a year ago, mirroring increased regional construction, equipment, and labor costs.

The Atlantic Coast has more than 3.9 million homes at risk of storm surge with reconstruction cost value of more than $1 trillion, up by about $30 billion from 2017. Gulf Coast homes with the same risk total more than 3 million, with more than $609 billion in potential exposure to total destruction damage, a $16 billion increase compared to 2017.

The reconstruction cost value is calculated based on 100 percent destruction of the residential structure, using the combined cost of construction materials, equipment and labor costs.