Packaged cybersecurity policies as measured in quantified and estimated direct premiums written grew from $416.8 million in 2016 to $1.1 billion in 2017. The number of packaged claims made and occurrence policies in-force increased by 71 percent.

Over the past year, headline grabbing cyber incident such as the Equifax breach ensured that companies remained aware of the enormous potential losses cybersecurity threats pose to their businesses. Cyber incidents ranked second on Allianz’s 2018 list of top business risks (five years ago, it ranked 15th.).

A recent PwC report cautioned that given the increasingly frequent and severe nature of cyberattacks, it’s still unclear whether cyberrisks are adequately priced.

“The inevitable market-turning event will separate carriers that have sufficient risk management, underwriting processes and capital in place from ones that do not,” said the report. 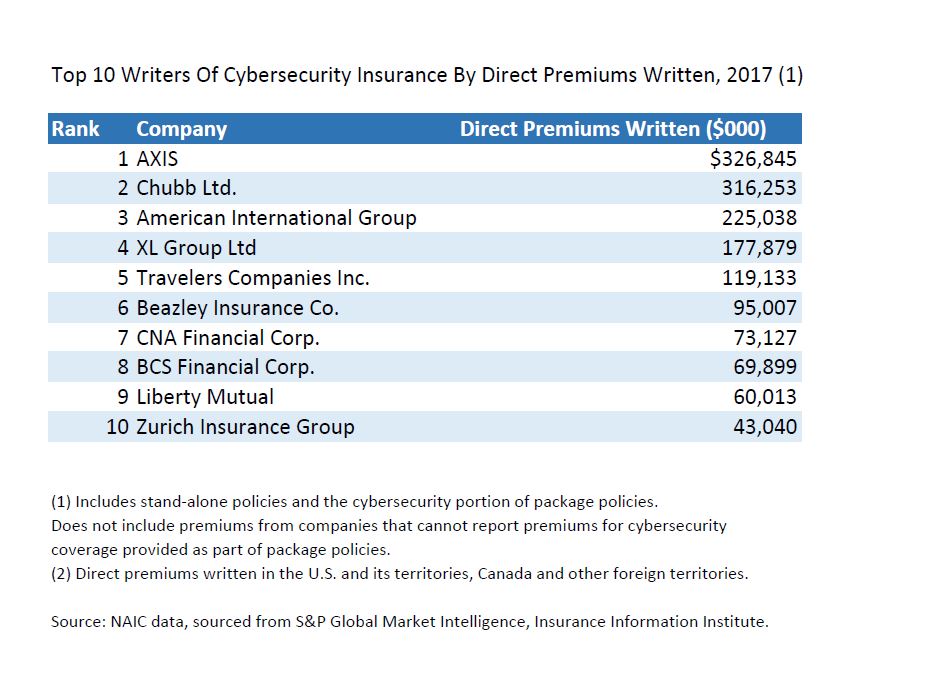