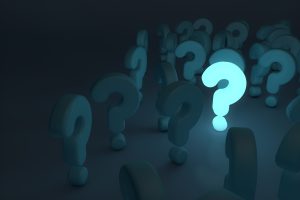 If that sounds like a nightmare, I’ve got bad news for you. That world is increasingly our world. Those videos, called “deepfakes,” are already being created, often for unsavory purposes.

(You can watch a deepfake video of former president Obama giving a fake speech here.)

Anyone can download the software needed for DIY deepfake videos. And even though deepfake technology hasn’t yet been perfected, it’s getting better every day.

This has obvious implications for national security. Indeed, congressmen have already expressed concerns about the use of deepfakes as weapons of international intrigue.

What about insurance – could deepfakes be the next frontier of risk? It’s not hard to imagine some scenarios:

I’m sure you could think of a hundred more like these. How will we adapt to a world where video and audio can’t be trusted to tell the truth? What if deepfakes become too sophisticated to detect – how will this impact insurance claims and fraud prevention?

If the worst comes to pass, deepfakes could soon become an insurance nightmare.

But hopefully, the best case scenario happens instead: detection technology keeps up with deepfake advancements – and keeps everyone honest.