“It’s a mistake to try and think of resilience from the point of view of trying to predict what can happen and then to respond to a predicted event, because you won’t know what’s going to happen,” said vice chairman for supervision and member of the Board of Governors, Federal Reserve System Randal K. Quarles at the Insurance Information Institute’s (I.I.I.) 2019 Joint Industry Forum. “The important thing is to ensure that you have measures in effect […] that promote resiliency no matter what might happen.” 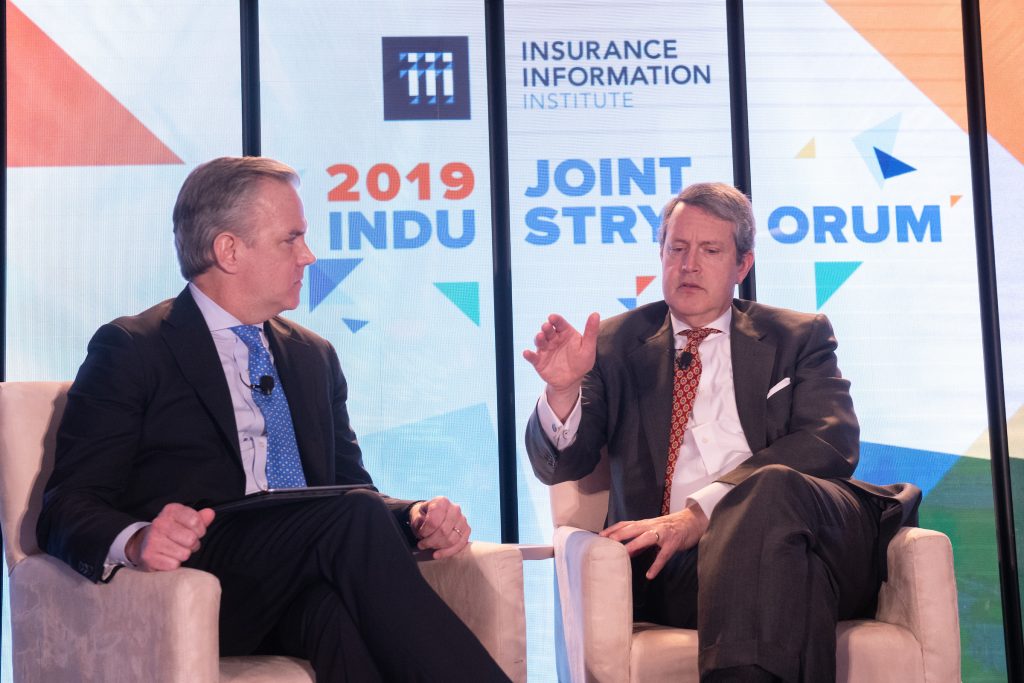 Resilience is more than prevention

In his conversation with the I.I.I. CEO Sean Kevelighan, Quarles stressed that financial stability depends on resilience, the ability to absorb system shocks no matter their source. “Wherever the shock might come from, it’s important that the institution or system is resilient to shock,” he said.

Cyberrisk is a perfect example. Quarles noted that a lot of the discussion around cyberrisks is about prevention. But he argued that prevention is only one part of cyberrisk resilience. “A key element to resilience is to assume that something will happen, and then determine how you have constructed a system that can stand back up, withstand, and respond to that shock.”

The U.S. economy appears to remain resilient during recent events

Quarles noted that the data on the real economy remains strong. Job creation continues. There’s been an uptick in the labor force participation. The economy is growing without unconstrained inflation.

But what about the recent stock market fluctuations and the ominous financial news coming out of Europe and Asia? “I think recently financial markets have been reacting to a few things,” Quarles said. “Mostly it’s doubt in the strength of continuing global growth. Some of the data that’s come out of China and Europe would suggest a little bit of less growth in the near term.”

Nonetheless, Quarles pointed out that markets might be more attuned to downside risks. He is confident that the core fundamentals of the economy remain strong. “The fundamental fact is that the financial sector is much more highly capitalized, has more liquidity, than it had before the crisis. Our assessment of risk to stability in the current environment is moderate.”

Quarles acknowledged that certain global events (particularly recent threats to trade openness) could impact the financial sector. The Fed, however, is alert to it. Quarles remains optimistic. “The hope is that a lot of these current events, current issues, will be way stations on the way to a more stable, more politically-supported open economy. It’s in everyone’s long term interest.”

In other words, the hope is that the economy is more resilient to shocks than it had been in the past.