No line of business tracked by MarketScout saw a rate increase compared to the same month the previous year.

Its analysis was accompanied by some interesting commentary on the market by Richard Kerr, MarketScout CEO.

It may seem like the insurance industry has already been in a prolonged soft market cycle, but we are actually only four months in, Kerr noted.

The market certainly feels like it has been soft for much longer, because rates bumped along at flat or plus 1 to 1.5 percent from July 2014 to September 2015. The technical trigger of a soft market occurs when the composite rate drops below par for three consecutive months.” 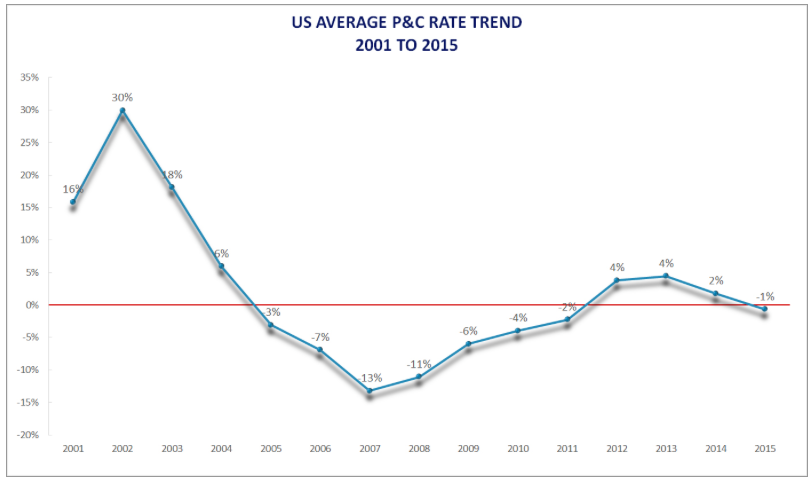 MarketScout has been tracking the U.S. p/c market since July 2001 and Kerr also made the point that the length and veracity of the market cycles seems to have become less volatile in the last five or six years.

As a result, the impact of hard or soft market in today’s environment may be 5 or 6 percent up or down, he said.

Kerr observed that underwriters today have better tools to price their products and forecast losses. Further, the chances of a rogue underwriter or company are greatly reduced by the industries’ checks and balances, Kerr said.

There may be less excitement but there are probably far fewer CEO heart attacks.”

The current environment is relatively benign in relation to these volatile years, MarketScout observed.