As we noted a few weeks ago, the Florida Senate has passed a bill designed to reform parts of the state’s insurance assignment of benefits (AOB) system. Governor Ron DeSantis has stated that he plans to sign the bill into law. (You can view the Senate version of the bill, SB 122, here).

The process is innocuous and common throughout the country. But as our report notes, Florida’s unique legal system richly rewards plaintiff’s attorneys and vendors when they submit inflated bills to insurance companies and then file lawsuits when those bills are disputed. Tens of thousands of lawsuits.

The new AOB bill is designed to curtail at least some of this abuse by addressing how AOBs can be executed and how plaintiff’s attorneys can be compensated. But it’s important to note that the bill addresses AOBs in property insurance.

For good reason: AOB abuse has been a growing problem in homeowners property insurance. 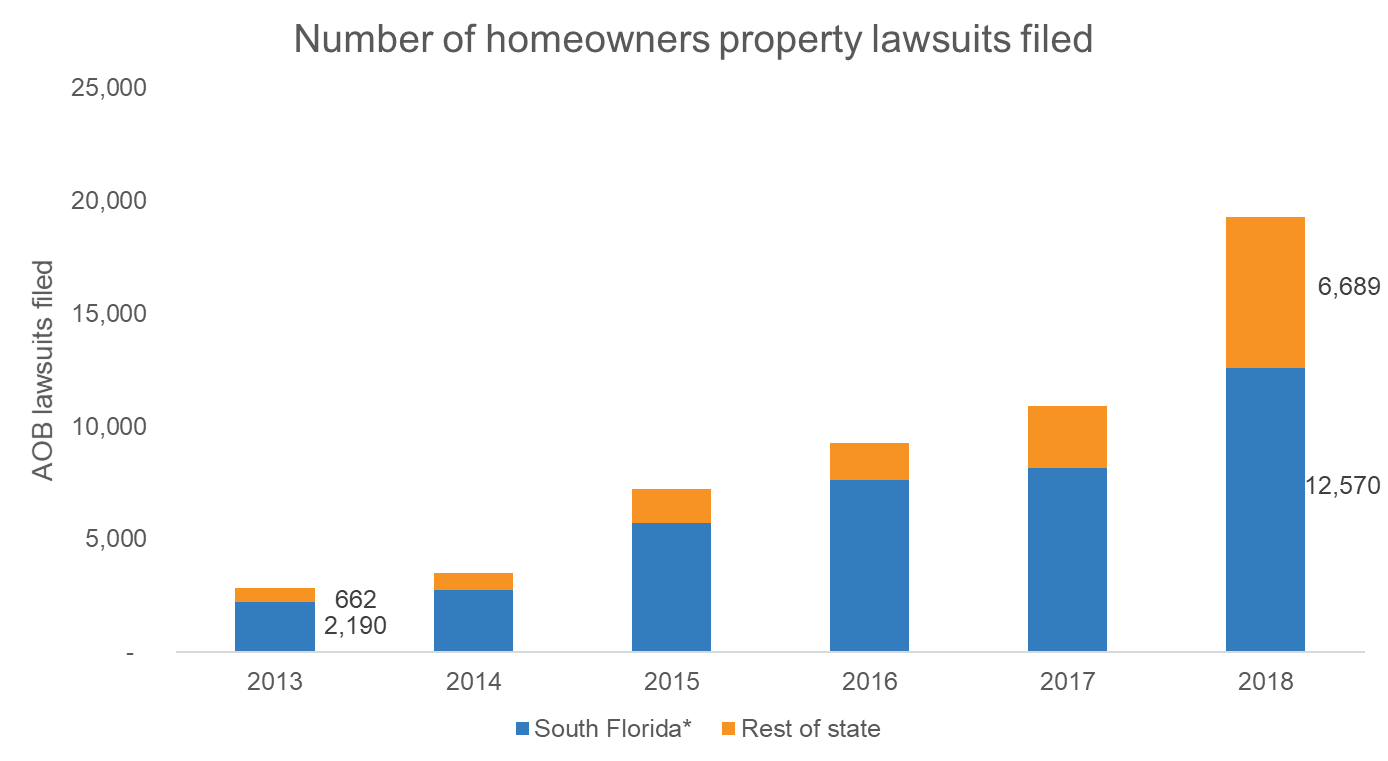 However, AOB abuse is not limited to property insurance. As we document in our report, the abuse actually started in personal injury protection (PIP) claims in personal auto insurance and then spread to homeowners following PIP reform in 2012. The abuse also spread into auto glass coverage in the past few years, though there was a decrease in auto glass abuse in 2018. 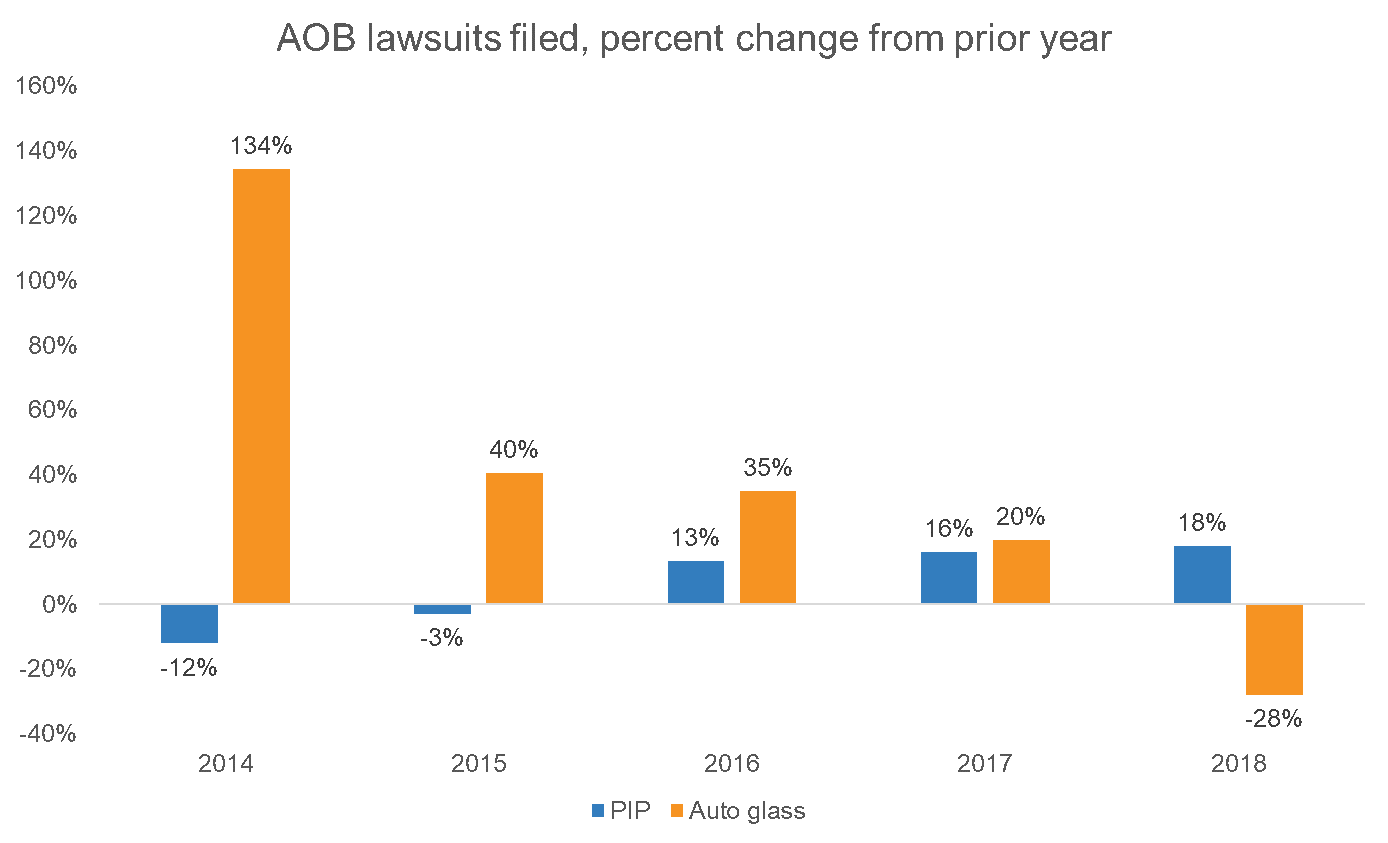 The lesson here is that AOB abuse is not limited to one line of insurance. Indeed, reforms could push abuse into a different line, as was the case with homeowners and auto glass after PIP was reformed.

While reforming AOBs in property insurance could have a significant impact on the problem in Florida, it remains to be seen whether abuse overall will change with reform. Some have argued that the abuse could continue in other lines where the reform doesn’t reach, like auto glass. And perhaps it could move into another line that hasn’t even been abused yet, like businessowners insurance. There are also worries that abusive AOB claims could spike right before the reform comes into effect.

For more information about the scope of the problem, download our report here.