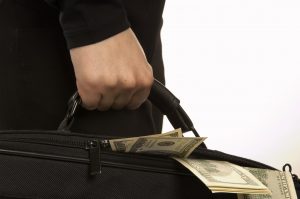 Insurance Journal reports that the Florida Senate has passed a bill designed to reform parts of the state’s insurance assignment of benefits (AOB) system. Governor Ron DeSantis has stated that he plans to sign the bill into law.

The process is innocuous and common throughout the country. But as our report notes, Florida’s unique legal systems richly rewards plaintiff’s attorneys and vendors when they submit inflated bills to insurance companies and then file lawsuits when those bills are disputed.

Inflated claims and massive volumes of lawsuits have the predictable result of driving up insurance companies’ legal costs. Insurers are forced to then pass those costs on to consumers. In the study, we estimate that Florida’s auto and homeowners policyholders have paid about $2.5 billion more for insurance over the past dozen years to cover the increase in legal costs.

That doesn’t even count the billions more in excess claim settlements that are at the heart of the problem.

The new bill seeks to address the problem by reforming how AOBs can be executed and how plaintiff’s attorneys can get paid for lawsuit settlements. If signed, the bill will come into effect on July 1, 2019.

You can download our report documenting the crisis here.