With numerous tropical systems in the Atlantic and two major hurricanes (Madeline and Lester) threatening Hawaii in the Pacific, insurers are keeping a close watch to see how things develop.

Over at Wunderblog, Dr. Jeff Masters observes that the dual scenario of two major hurricanes heading towards Hawaii is unprecedented in hurricane record keeping.

Hurricane Madeline, the closer of the two to Hawaii, intensified rapidly, growing from tropical storm to Category 3 strength in just 24 hours, Dr. Masters notes, and has since intensified to Category 4.

While the forecast models are not conclusive on the exact tracks and intensity of these named storms, it’s clear that both Hurricane Madeline and Hurricane Lester could affect Hawaii with high surf, torrential rain, and potential winds over the next week.

Hawaii’s costliest hurricane, based on insured property losses, was Hurricane Iniki in September 1992. Iniki caused $1.6 billion in damage when it occurred, or $2.7 billion in 2014 dollars, according to the Insurance Information Institute (I.I.I.).

Check out the I.I.I.’s Hawaii Hurricane Insurance Fact File for more information, including the top writers of homeowners, commercial and auto insurance.

Meanwhile, on the U.S. Atlantic coast, a tropical storm warning is in effect for the coast of North Carolina from Cape Lookout to Oregon Inlet for tropical depression eight.

A second system—tropical depression nine— is also being closely watched in the Gulf of Mexico. In its latest public advisory, the National Hurricane Center says the system is set to strengthen and that interests in central and northern Florida, and southeastern Georgia should monitor its progress. 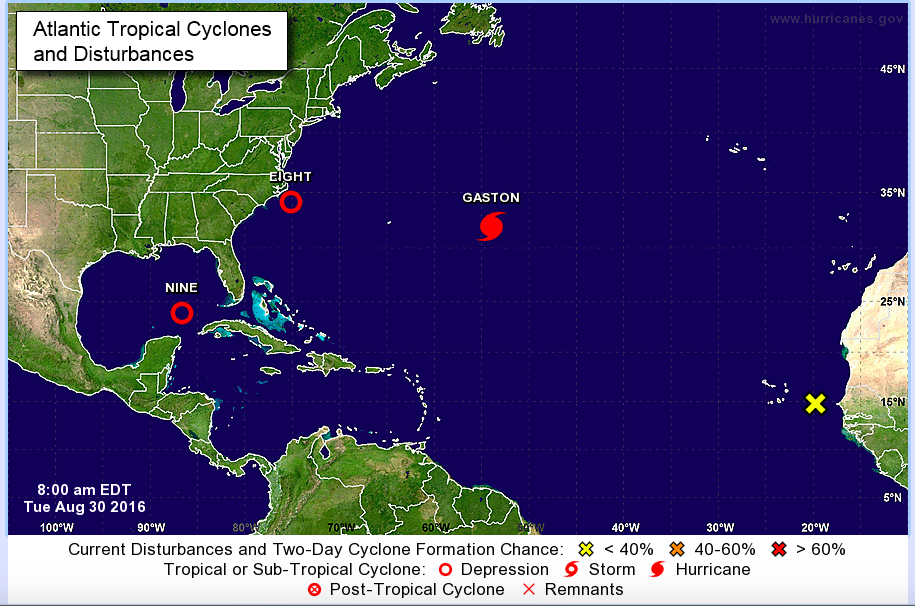 I.I.I.’s Florida insurance representative Lynne McChristian offers some sound advice on making sure your property insurance is ready for named storms in her latest blog post.