After a relatively mild start, the 2017 Atlantic hurricane season has become drastically more active over the past couple of weeks. Hurricane Harvey made landfall in Texas as a Category 4 hurricane, bringing devastating rains to the Houston metropolitan area, causing at least 70 fatalities and economic losses estimated as high as $108 billion.  Following hot on its heels, Hurricane Irma developed off of Cabo Verde and has intensified into a devastating Category 5 hurricane.  Irma has wreaked death and devastation across the northern Leeward Islands, and after brushing the northern coast of by Puerto Rico, the cyclone is tracking across the Turks and Caicos, the Bahamas, and appears headed toward Florida and the southeast United States.  While landfall of a major (Category 3+ on the Saffir-Simpson Wind Scale – maximum sustained winds of 111 mph or greater) hurricane in the United States seems likely at this point, it is important to realize that other years in the recent past brought major storms in rapid succession. 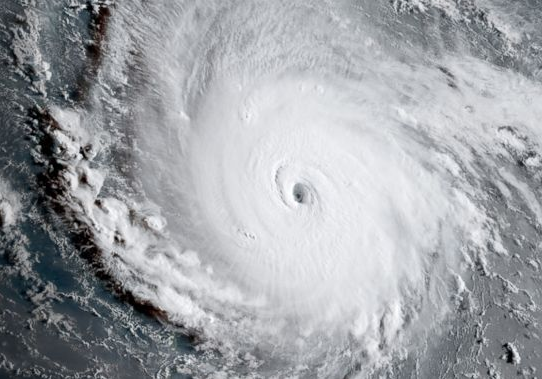 During the 2004 Atlantic hurricane season, a total of five hurricanes made landfall (Charley, Frances, Gaston, Ivan and Jeanne), with four significantly impacting the state of Florida.  Prior to Harvey’s landfall, Charley was the last Category 4 hurricane to make landfall, doing so in SW Florida.  Both Frances and Jeanne made landfall near Stuart, FL as a Category 2 and Category 3 hurricane, respectively.  Ivan made landfall near Mobile, AL and brought significant storm surge and wind damage to both Alabama and the Florida Peninsula.  Total economic losses from that year are estimated at $71 billion. 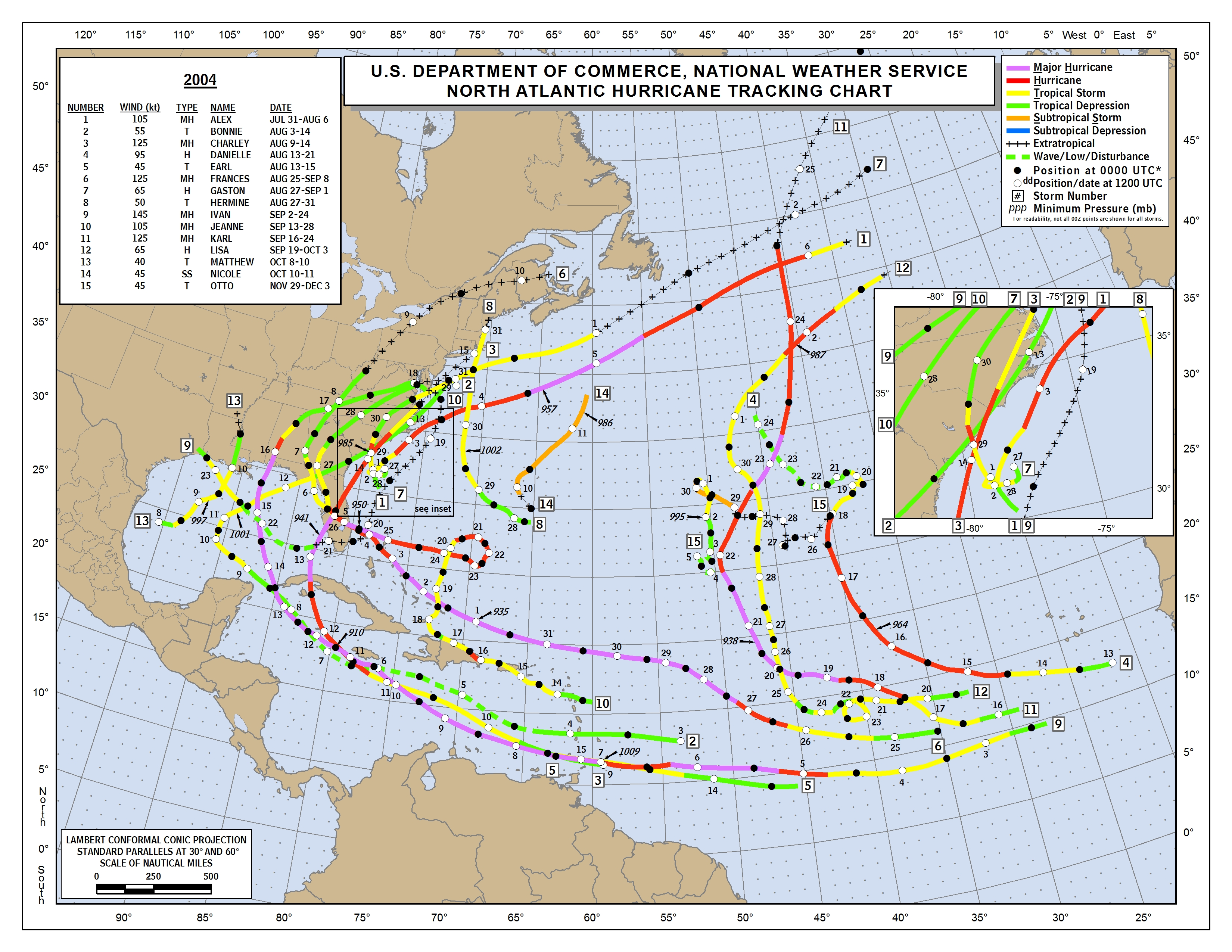 Hot on the heels of the 2004 season, the 2005 Atlantic hurricane season had the most named storms (28) and hurricanes (15) on record.  It also had five landfalling hurricanes, including four major landfalling hurricanes (Dennis, Katrina, Rita, and Wilma).  Dennis made landfall on the Florida panhandle causing considerable damage there, while Katrina was a large Category 3 hurricane that caused intensive surge and wind-related destruction along the Mississippi coastline as well as triggering the levee failure that caused massive flooding in New Orleans.  More than 1,500 fatalities occurred in Katrina.  Rita made landfall several weeks later in SW Louisiana, also causing significant surge and wind-related damage.  Then Wilma rounded out the season, becoming the strongest storm on record in the Atlantic (as measured by central pressure); making landfall as a Category 3 hurricane in SW Florida.  All told, the season caused $208 billion in damage. 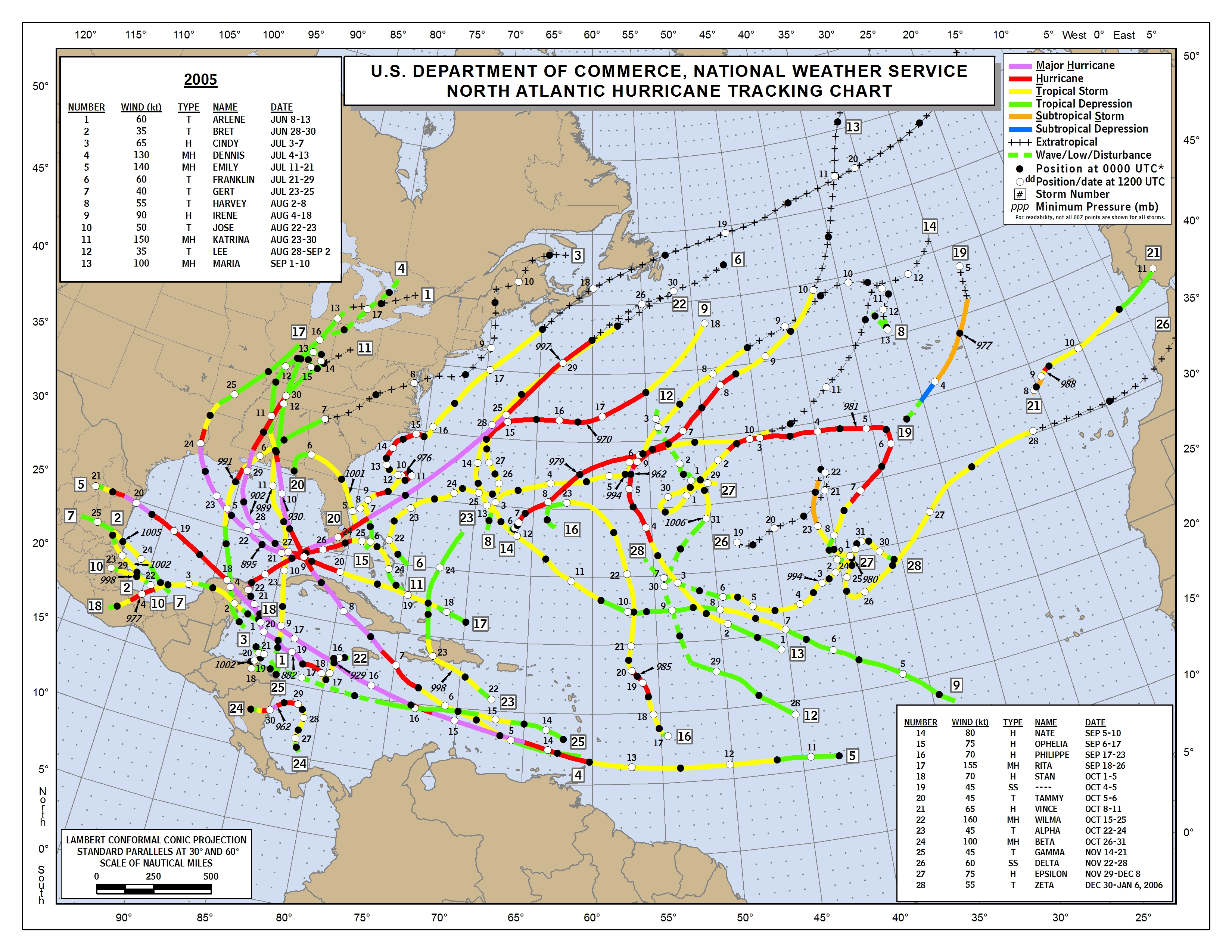 While the 2017 Atlantic hurricane season has been devastating already, and continued destruction with Irma looks likely, the two recent years of 2004 and 2005 were also incredibly deadly and destructive.  The United States has enjoyed a great string of luck since 2005, with NO major (Category 3 or greater) hurricane landfalls. Harvey, of course, brought that streak to an end.  Unfortunately, it looks like we may have another very significant United States landfall hot on Harvey’s heels.