Almost 2 million homes in Florida, South Carolina, North Carolina and Georgia are at risk of storm surge damage from Hurricane Matthew with an estimated $405 billion in total reconstruction cost value, according to new analysis from CoreLogic.

Here’s the CoreLogic graphic showing the total number and value of residential properties at risk of storm surge damage from Hurricane Matthew by state: 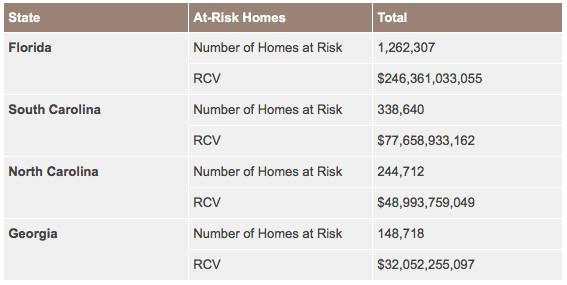 In its latest advisory, the National Hurricane Center (NHC) said that Matthew is expected to remain a hurricane until it begins to move away from the U.S. on Sunday, though it is forecast to weaken during the next 48 hours.

“The combination of a dangerous storm surge, the tide and large and destructive waves will cause normally dry areas near the coast to be flooded by rising waters moving inland from the shoreline.”

Here’s the 11am NHC prototype storm surge watch/warning graphic, showing locations most at risk for life-threatening inundation from storm surge extend from Florida to North Carolina: 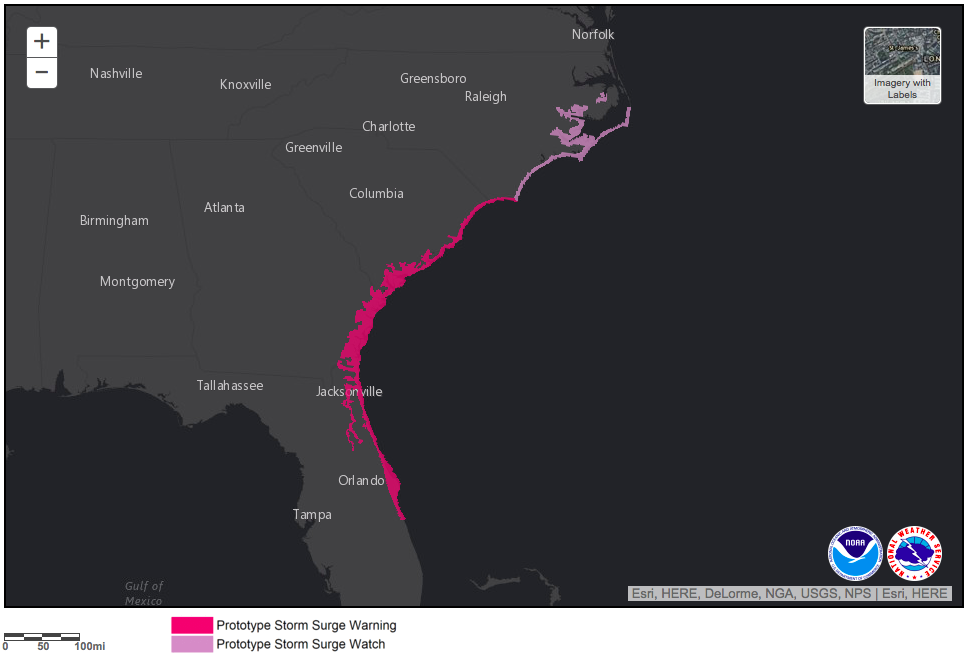 Separate flood coverage is available, however, from FEMA’s National Flood Insurance Program (NFIP) and from a few private insurers.

Flood damage to cars would be covered under the optional comprehensive portion of an auto insurance policy.

The NHC has a storm surge inundation map which means anyone living in hurricane-prone coastal areas along the U.S. East and Gulf coasts can now check out and evaluate their own unique risk to storm surge.

Check out the I.I.I. facts and statistics on flood insurance.