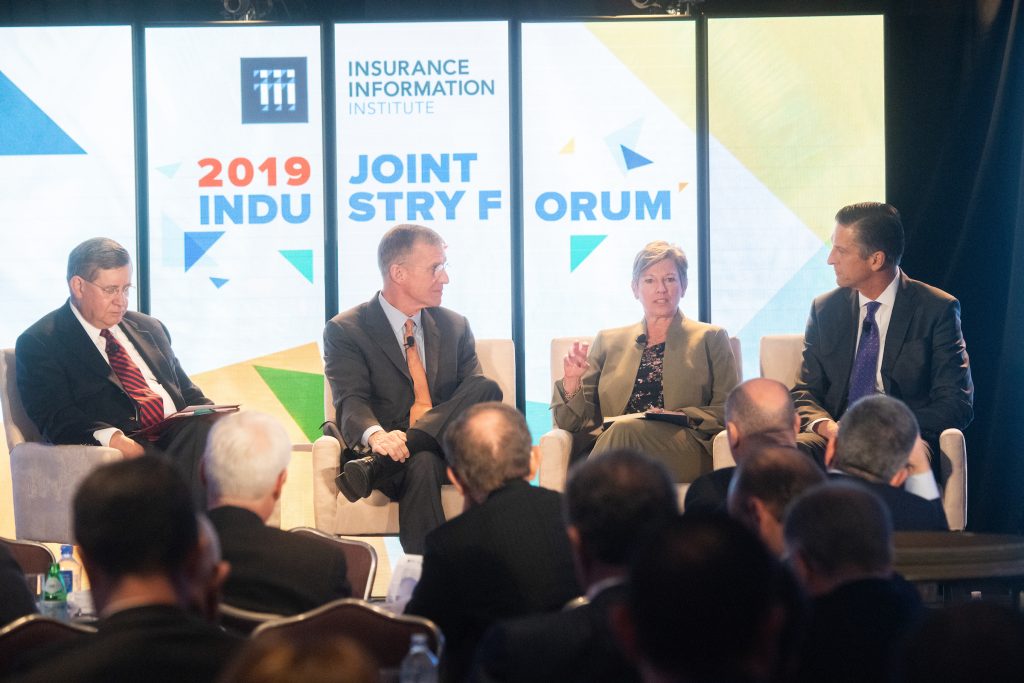 One of the most interesting parts of I.I.I.’s Joint Industry Forum conference was the CEO Conversations, a panel discussion moderated by David Sampson, President and CEO of American Property Casualty Insurance Association. The panelists were: Sandy Parrillo, President and CEO, Providence Mutual; Hank Watkins, President, Lloyd’s America and four-star General Stanley McChrystal who was also the event’s  keynote speaker.

The panel discussed some of the top challenges and opportunities facing the insurance industry today. It’s well known that insurers are concentrating on recruiting new talent, but Sandy Parrillo also pointed out the value of keeping “vintage workers” engaged and helping them adapt to different styles of work. Parrillo also spoke about the need to involve and get buy-in from all levels of employees when rolling out a new product.

Hank Watkins spoke about the insurance gap which poses a significant threat to global prosperity, especially in developing nations such as earthquake-prone Ecuador, as one of the top challenges to our industry. And on the positive side, Watkins gave Jumpstart Recovery’s earthquake coverage as an example of an innovative new product. Jumpstart is a surplus lines insurance broker using Lloyd’s capacity. It offers earthquake insurance in California with payment that’s triggered by an earthquake of a pre-specified intensity without the traditional claims handling process.

General McChrystal brought the conversation back to leadership. He recalled the characteristics of one of the most important leaders in his career – a tough commander who did not have much positive feedback to give when his subordinates did a good job. However, when McCrystal failed at a task, the commander surprised him by saying “I thought you did great!” Being given the freedom to fail means you can try different things and ultimately succeed.