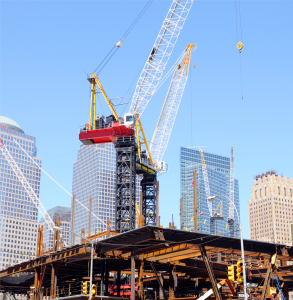 Terrorism, by design, is unpredictable, hugely destructive, and to date uninsurable through private market methods alone.

Few events demonstrate this better than the 9/11 attacks, in which terrorists hijacked commercial airliners and flew them into the World Trade Center towers and the Pentagon. The attacks remain the deadliest and most expensive terrorist incidents in U.S. history, with insurance losses totaling about $47.0 billion in 2019 dollars, according to I.I.I. estimates.

U.S. and international insurers were able to pay virtually all the claims from the 9/11 attacks and their aftermath. But insurers also made it clear that they could not, on their own, cover future losses caused intentionally by people acting strategically to attack select targets intentionally. In response to these concerns, the U.S. Congress enacted the Terrorism Risk Insurance Act of 2002 (TRIA), creating a federal backstop for catastrophic terrorism losses that is designed to keep terrorism risk insurance available and affordable. Renewed in 2005, 2007 and again in 2015, the act is set to expire on December 31, 2020.

Although the expiration is still more than a year away, U.S. commercial insurers are preparing for the possibility that the federal backstop might expire, and federal financial assistance is unavailable for a catastrophic terrorist event.

A new I.I.I. report, A World Without TRIA: Incalculable Risk, concludes that the terrorism insurance market is more robust than in the immediate aftermath of 9/11, but – similar to the situation in 2015 – does not appear to have the ability to bear all terrorism risk.

In this context, the report offers a historical overview of TRIA – why it exists and how it functions – to inform the discussion about the potential consequences should the program disappear. The report discusses:

Over the next months the Triple-I Blog will run stories featuring key participants in the terrorism risk insurance market and highlight news stories from our database from the periods immediately following 9/11 (before TRIA) and 2015 (when TRIA briefly lapsed). You can follow the topic here.