My first Triple-I Joint Industry Forum (JIF) did not disappoint.

Between panel discussions and conversations with thought leaders and decision makers from across the insurance industry,  I learned a lot and accumulated insights and leads that will feed this blog for some time to come.

At a high level, an informal poll during one session – “JIF 2020 Crystal Ball—What Does the Future Hold?” – asked attendees several questions to get a sense of where they see the greatest opportunities and threats for the coming year.  Asked where they thought innovation would have the greatest impact in 2020, 36 percent said claims, followed by 26 percent who said they believe product marketing would be most affected. 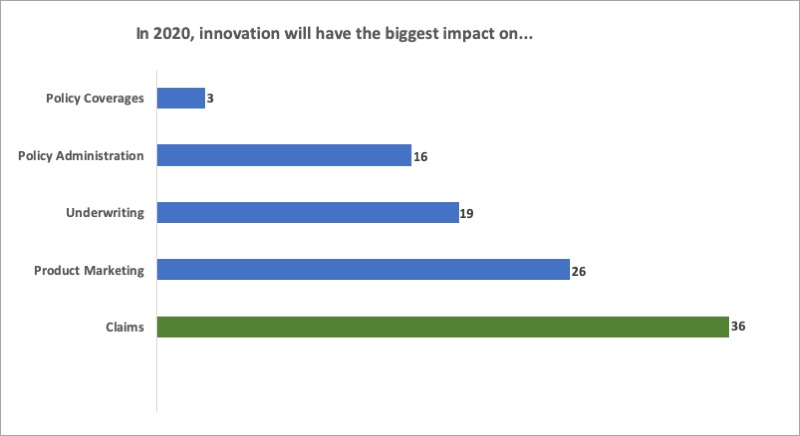 I suppose this isn’t very surprising, as claims and product marketing both touch customers very directly. Marketing makes the promises and, when it works well, claims keeps them.  These should be high-priority areas for companies that expect to remain in business and competitive.

When asked what they expected to affect their companies’ bottom lines the most, 47 percent of participants said natural disasters and 30 percent said litigation costs (highlighting the increased attention being paid to social inflation).

I was a bit surprised to see cyber didn’t rank higher – especially given the fact that it recently came out at the top of concerns cited in the 2020 Allianz Risk Barometer. Autonomous vehicles – for all the media attention they receive – was the top choice of no one in the room. 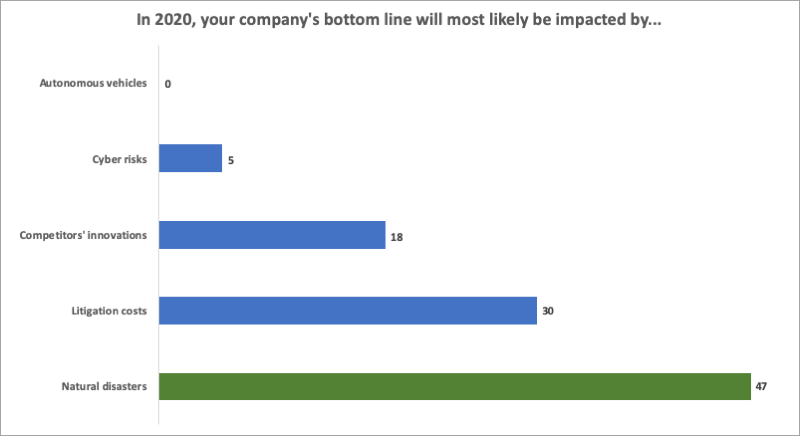 When asked which of the following natural perils – tornadoes, hail, hurricanes, wildfires, and floods – keeps participants up at night, someone piped up to ask, “Why don’t you have an ‘all of the above’ choice?”

Forced to choose, the group’s top nightmares were: floods, wildfires, and hurricanes, in that order. 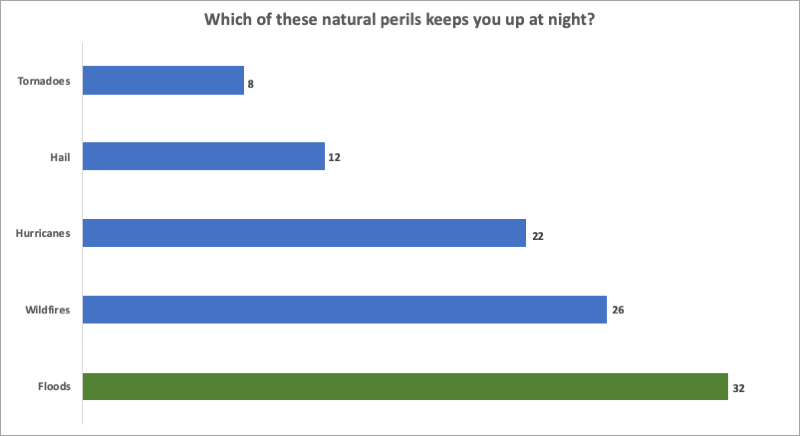 Asked about global events and trends they expect to have an impact on insurers worldwide, “Protectionism and trade disputes” was the top answer by far, at 58 percent – far above the next-highest: 28 percent for Brexit. 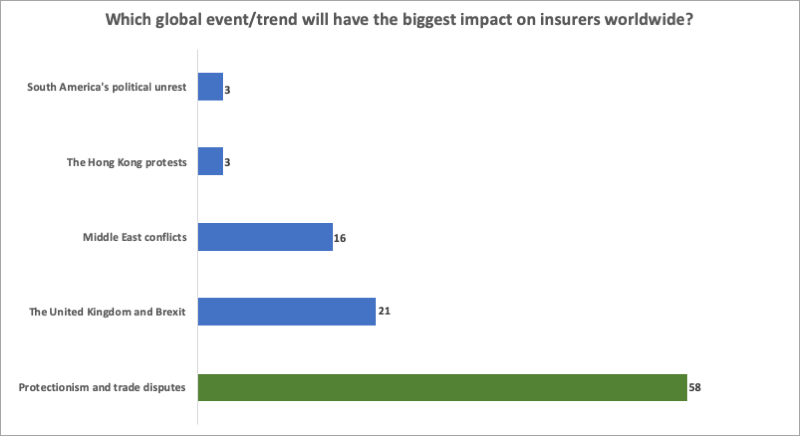 When asked about their expectations (not necessarily their preferences) for the 2020 election results, more participants (54 percent) said they expect a continuation of the status quo, with a Republican White House and Senate and Democratic House of Representatives. Twenty-nine percent said they expect the Democrats to take the White House and the Senate and House to remain essentially unchanged. 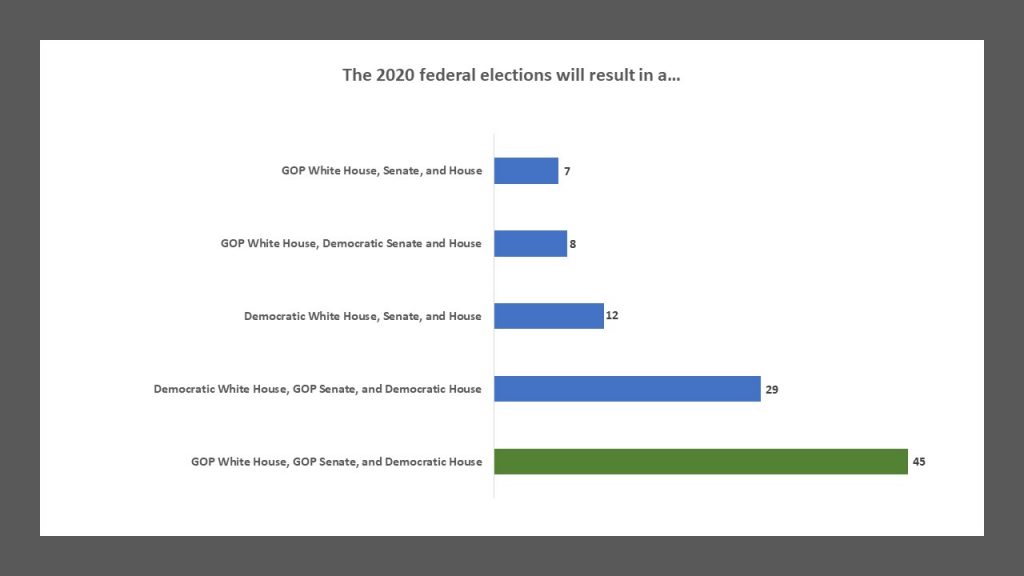 I found these results a bit surprising, given the mid-term turnout that led the House to flip from a Republican to a Democrat majority. The dynamics don’t seem to have changed much since the mid-terms. If the Presidency doesn’t change parties, one might reasonably expect a change of balance in the Senate. If a Democrat wins the Oval Office, I would expect the dynamics that get him or her there would also result in the Senate changing hands.

While interesting, this is not at all a scientific study. What are your thoughts and expectations on these or other topics affecting insurance in 2020?