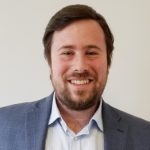 As the opioid epidemic continues to roil the country, it’s easy to forget the number of issues that contribute to its severity. Indeed, for workers injured on the job, compensation can include opioid treatments—which can lead to opioid dependence. With this subject in mind, I spoke to Dr. Vennela Thumula, an author and policy analyst with the Workers Compensation Research Institute (WCRI), who was able to provide insight into opioid dispensing for injured workers.

This interview was modified for clarity.

What are you seeing as far as general trends in prescribing opioids for workers injured on the job, particularly as the opioid epidemic has become a more visible issue?

Our study – Interstate Variations in Dispensing of Opioids, 5th Edition – examined recent trends in opioids dispensed under workers compensation for workers from 27 states who had more than seven days of work loss due to their injury but who did not have a major surgical procedure related to the work injury.

Opioid dispensing to injured workers has decreased substantially in recent years in all 27 state workers’ compensation systems studied. Between 2012 and 2016 injuries followed for an average two years postinjury, the percentage of injured workers with prescriptions receiving opioids decreased by 8 percentage points (in Illinois) to 25 percentage points (in California). Among injured workers receiving opioids, the average morphine milligram equivalent (MME) amount of opioids dispensed per worker in the first two years of a claim decreased in nearly all study states, with 30 percent or higher reductions seen in 20 of the 27 states studied.

After the declines, opioid dispensing continues to be prevalent in some states. At the end of the study period, the percentage of injured workers with prescriptions receiving opioids ranged from 32 percent in New Jersey to 70 percent in Arkansas and Louisiana across the 27 states, and the average MME per worker in Delaware, Louisiana, Pennsylvania, and New York continued to be the highest among the 27 study states.

For instance, in Delaware and Louisiana, the average MME per claim was more than three times the amount in the median (middle) state and over five times that in the state with the lowest amount, Missouri. We should note that although New York is among states with the higher-than-typical amount of opioids, there were substantial decreases in opioids dispensed to New York workers over the study period. We should also caution that these four states have implemented other opioid reforms towards the end or after the study period whose impact could be monitored with more recent data.

We see that providers have switched from multi-pronged pain treatments, which involve pain medications (including opioids) and other restorative therapies, to a treatment protocol that more frequently relies solely on non-pharmacologic services. The most frequent non-pharmacologic services billed and paid under workers compensation were physical medicine evaluation; active and passive physical medicine services such as electrical stimulation and hot and cold therapies; and passive manipulations such as manual therapy and massage.

How are these non-opioid pain treatments changing the landscape of workers’ compensation for patients and insurance companies? Are these treatments now prioritized over opioids?

Our first look at the data suggests a shift in treatment patterns away from opioids to non-pharmacologic services, which conforms to the recommendations of opioid prescribing and pain treatment guidelines and policies implemented in a number of states. Many questions remain answered, including the impact of these changing treatment patterns on claim outcomes. We will be talking more about alternatives to opioids for pain management at WCRI’s 36 Annual Issues & Research Conference, March 5 and 6, 2020, in Boston, MA.