Interested in the state of the insurance market? Tune in to a free live webcast on Monday, May 20th at 11:20 a.m. ET to watch Insurance Information Institute (I.I.I.) CEO Sean Kevelighan talk about the industry at the Casualty Actuarial Society’s Spring Meeting.

Kevelighan will address the insurance market’s financial performance over the last 15 years with a special focus on rising auto costs and on leadership needed to sustain the business model, create jobs and promote/facilitate economic growth. Plus, he’ll touch on InsurTech and digital transformation in insurance.

No pre-registration is required to watch the webcast, just go to this link at 11:20 a.m. to watch the live session.

The I.I.I. partners with the CAS at its conferences. I generally write three or four articles based on conference sessions for the CAS Actuarial Review. These tend to be fairly meaty actuarial topics, but I try to make them digestible. Here is something I wrote about predictive models a while back.

At this meeting, I plan to write three more articles about predictive models. These are sophisticated models that draw on Big Data to help insurers serve their customers better.

Many, if not most personal insurers, use predictive models to price their products. Lately they’ve been developing models to help them settle claims quickly and accurately.

It’s an important, growing area in property/casualty insurance, particularly among actuaries and other quantitative experts. The CAS is recognizing the emerging skill through the CAS Institute – iCAS for short – its subsidiary that awards credentials for quantitative professionals.

The Institute’s first designation is for Certified Specialist in Predictive Analytics, or CSPA, and it will be awarded in a formal ceremony at the conference. I’ll be live-tweeting that event.

It was a record-breaking rainy day in Colorado Springs when I attended a panel last month describing a new climate index the actuarial community is introducing.

The 1.58 inches of rain that fell May 19 almost doubled the previous record for that day. The Actuaries Climate Index (ACI)—a joint effort between the  Casualty Actuarial Society (CAS), the American Academy of Actuaries, the Canadian Institute of Actuaries, and the Society of Actuaries—is intended to monitor how often extreme events — blistering heat, shivering cold, record winds and rain — strike 12 regions in North America.

It addresses an interesting conundrum about insurance and climate change. Given that the climate is changing — though quite a few in the industry dispute that – how can insurance incorporate the change into pricing?

The ACI, which will be introduced later this year, tries to address that. It will measure how many severe events occur every quarter. Since catastrophes are an important component of claim costs, changes in the long-term trend can affect insurance prices.

As I wrote for the CAS:

The index is an educational tool that could help pricing actuaries incorporate long-term trends into their mathematical models; it could also help actuaries and others working in enterprise risk management by quantifying the risk in a subtle, long-term trend.”

Insurance prices are famously based on historical data, trended forward. The index would help show whether extreme events are becoming more or less common, and actuaries could trend this information forward to set rates.

In its Facts and Statistics section, the I.I.I. gives comprehensive snapshots about catastrophes, both in the United States and worldwide.

Actuaries can be buggy about numbers, to say the least, and my article in this month’s Actuarial Review — a publication of the Casualty Actuarial Society (CAS)  – looks at a couple of sources of loss trends that can act as useful benchmarks.

One looks at workers compensation medical costs in 25 states. It is produced by the Workers Compensation Research Institute (WCRI), an organization I work closely with in my role as I.I.I. chief actuary.

The other looks at comp loss trends plus those of about a dozen other lines of business and has information going back to the 1930s, if you do a little digging. Older actuaries remember it as the Masterson Index, named after a Stevens Point, Wisconsin, actuary who created it and maintained it until relatively recently. Now Towers Watson actuaries have taken over the calculation.

As a sidebar, I also looked at the way the federal government measures auto inflation, including how it handles the introduction of predictive models and other overhauls to rating plans.

I.I.I. chief actuary James Lynch brings us a timely post on one of the most important female contributors to the history of property/casualty insurance:

Constituting nearly 60 percent of the insurance work force in the United States, women are clearly important to the insurance industry.

March is WomenÃ¢â‚¬â„¢s History Month and this is the perfect time to honor the importance of women in the industry. Our earlier post on this topic can be read here.

The Casualty Actuarial Society (CAS) plays its part, in an indirect way. This monthÃ¢â‚¬â„¢s Actuarial Review, as part of the organizationÃ¢â‚¬â„¢s centennial, touches on one of the most important female contributors to the history of property/casualty insurance.

The woman is Crystal Eastman (pictured). 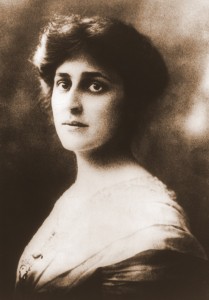 EastmanÃ‚  wasnÃ¢â‚¬â„¢t an actuary, and to my knowledge she never worked in insurance. She was a lawyer, a radical in her day, and one of her causes was workersÃ¢â‚¬â„¢ rights. Her 1910 publication, Work-accidents and the law, detailed worker injuries in 1907 and 1908 in Allegheny County, Pennsylvania, and the economic toll those injuries took.

In those 12 months, 529 workers died from job-related maladies (see table). Eastman led a team that investigated every death, plus another 509 workers hospitalized between April and June 1908. 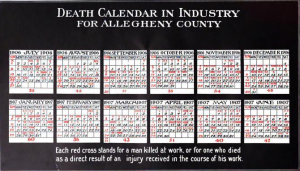 About one third of the accidents were unavoidable, the study found, whileÃ‚  one third were the fault of the workers themselves and another third resulted from employers failing to provide a safe workplace. The financial burden of the accidents, though, fell overwhelmingly on the victims and their families. They lacked the resources to sue, and common law at the time was stacked against them anyhow.

The solution: workers compensation Ã¢â‚¬“ insurance covering worker injuries without regard to fault. But early workers comp laws were ruled unconstitutional, typically because they took from employers their right to due process Ã¢â‚¬“ their day in court. New YorkÃ¢â‚¬â„¢s law, for example, was found unconstitutional on March 24, 1911.

The next day, 146 workers Ã¢â‚¬“ 123 of them women Ã¢â‚¬“ died in the Triangle Shirtwaist factory fire. The tragedy led to a state commission, headed by Frances Perkins Ã¢â‚¬“ later the first female Cabinet member Ã¢â‚¬“ that documented dismal and dangerous working conditions across the state. The result: a workers comp law that passed constitutional muster.

The law addressed the workers problems Ã¢â‚¬“ now they could be compensated for their injuries. It created an insurance problem: without a court to adjudicate, how does one set a fair compensation for an injury?

It was for this task that, in 1914, the Casualty Actuarial Society (CAS) was created. So it is not much of a stretch to say that women, both famous and not so famous, are at the fountainhead of the organization.

Check out I.I.I. facts and statistics on workers compensation hereÃ‚  and on careers and employment here.