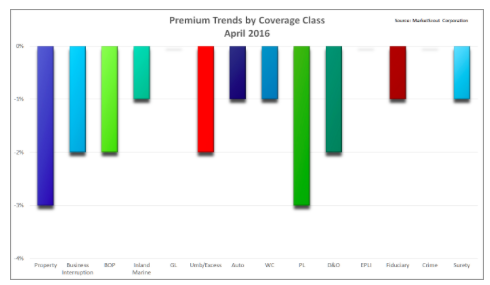 A couple of new studies appear to shed light on the continuing need to communicate the importance of insurance for small business owners.

First, a Nationwide-sponsored survey found that 66 percent of small businesses do not have business interruption insurance (hat tip to Insurance Journal for its report here). This is despite the fact that an estimated 25 percent of businesses do not reopen following a major disaster.

Most small business owners are at risk of disaster, Nationwide noted. Some 75 percent of small businesses do not have a disaster recovery plan in place, even while 52 percent say it would take at least three months to recover from disaster.

Nationwide commissioned the survey from Harris Interactive, which polled 500 U.S. small business owners with fewer than 300 employees from June 8-19, 2015.

Meanwhile, a J.D. Power study found that many small business owners are unaware that insurers even provide commercial insurance.

Less than one-fourth of small business owners said they were aware that nine of the 17 insurance providers included in the study offer insurance for business customers.

Only six insurers had awareness rates above 40 percent for their commercial insurance offerings, and five of these are among the largest personal lines insurers, J.D. Power said.

While advertising is important to spread brand awareness, the study suggested that commercial insurers have better success when they develop awareness through agents/brokers, trade groups and word of mouth from other businesses.

Still, the study–now in its third year–found that small business customers are increasingly satisfied with their insurance providers. Overall satisfaction was up 10 points at 793 on a 1,000-point scale in 2015, due primarily to improvements in price and policy offerings.

The 2015 U.S. Small Business Commercial Insurance study is based on 3,292 responses from insurance decision-makers in businesses with 50 or fewer employees that purchase general liability and/or property insurance and was fielded from April through June 2015.

The more than two-year upward trajectory in rates for commercial insurance in the U.S. is in jeopardy as U.S. insurers, supported by reinsurers, catastrophe bonds and insurance linked securities are finding ample reasons to start fighting over business, according to online insurance exchange MarketScout.

Richard Kerr, CEO of MarketScout noted that the composite rate for U.S. commercial insurance remained in positive territory increasing an average of 2 percent in April 2014, but warned that rate reductions are likely by year end if the current trend continues.

If you are in the market on a daily basis, you can almost feel a change in the wind. No reasonable insurer wants rate reductions. However, everyone seems to feel they are coming.Ã¢â‚¬ 

By line of coverage, Kerr noted that catastrophic property rates will probably hold steady in the next four months with hurricane season about to start:

If the wind doesnÃ¢â‚¬â„¢t blow, get ready for a solid round of rate reductions at year-end.Ã¢â‚¬ 

On workersÃ¢â‚¬â„¢ compensation, Kerr noted that it is and always has been a tough class of business with an extremely long tail:

By industry class, rates for manufacturing, contracting, and public entities all moderated one percent.

Another day, another commercial lines pricing survey. This one via Towers Watson.

While this marked the 11th consecutive quarter of price increases, the gains appear to be tapering off, dropping a point since the CLIPS edition a year ago, Towers Watson said.

Price increases by line of business were lower than those reported in the second quarter in all lines, with the exception of employment practices liability.

Prices for most lines of commercial insurance showed gains in the mid-single digits, while none of the classes surveyed reported a price drop, according to Towers Watson.

This hard market is somewhat different from hard markets we have experienced before. Carriers are taking rate, which is logical, as they focus on measuring the capital required to support the business rigorously and realistically, and adjust their return expectations accordingly.Ã¢â‚¬ 

Yet the explicit recognition of risk, whether in the form of investment yield, inflation risk or catastrophe exposure, seems to be leading to much more disciplined pricing decisions.Ã¢â‚¬ 

Check out I.I.I. facts and statistics on commercial lines.

Commercial property insurance led the pack with a rate increase of 6 percent, followed by commercial auto and umbrella/excess with increases of 5 percent.

General liability rates were considerably more competitive with rates up 4 percent, compared to up to 6 percent the previous month.

By account size, rates continue to be more competitive the larger the account, according to MarketScout. Small accounts (premiums up to $25,000) were up 6 percent and jumbo accounts (over $1 million) were up 2 percent.