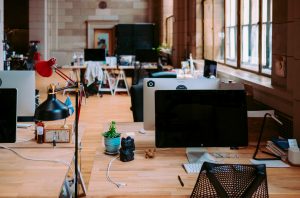 It’s a well-known fact that worker productivity dips during the World Cup. But there is a surprising upside to workers switching off their computers and dashing off to their local pub to watch the game. According to this Yahoo Sports article, malware infections dropped by 20 percent during World Cup match days in countries whose teams are playing in the World Cup.

“A day to day drop that dramatic can only happen when people get offline in massive amounts,” explains Ryan Gerding, a spokesperson for EnigmaSoft, maker of anti-malware software. In every country that experienced a drop, infections jumped back up the next day.

The 2010 FIFA World Cup held in South Africa begins in a week. Before a ball is struck, itÃ¢â‚¬â„¢s important to note that global insurers and reinsurers are providing billions of dollars in risk protection for the event.

Munich Re reports that staging the World Cup finals is an enormous undertaking for both hosts and organizers and presents risks on every scale. The list of those requiring protection ranges from FIFA, the official organizer of the World Cup, to broadcasters, sponsors, travel firms, airlines and retailers.

In fact any party connected with the event will likely require insurance to cover their costs, expenses and profits should the event be cancelled. Munich Re observes:

The financial consequences of the event being cancelled, abandoned mid-way through or simply postponed due to a natural catastrophe or a terrorist attack are simply too great for the organizers to shoulder on their own.Ã¢â‚¬ 

In addition to contingency cover, insurance protection against war or terrorist attack is another important protection. South Africa was among 16 countries that saw their terrorism threat level increase, according to AonÃ¢â‚¬â„¢s 2010 Terrorism Threat Map released earlier this week.

Reuters recently reported that at least $5 billion of cancellation and other insurance is in place for the 2010 World Cup, with coverage spread out among the global insurance and reinsurance marketplace.