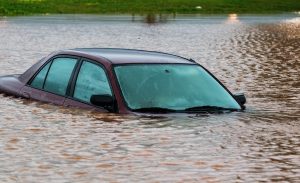 An innovative insurance product is being deployed to protect several miles of coral reef  around Cancun and Puerto Morelos, reports Business Insurance.  The government of Quintana Roo, Mexico, purchased a parametric insurance product that would pay up to $3.8 million to repair hurricane damage to the reef.

Parametric insurance works using a clearly defined parameter (a metric or an index) that triggers the payout. Up until recently, parametric insurance was used by reinsurers for catastrophe risks, but it has started to be used in the travel, retail and agricultural sectors Insurance Business reported a year ago.

The reef insurance will be triggered if wind speeds above 100 knots are registered within the covered area, with a payout split of 50 percent for reefs and 50 percent for beaches.

One of the advantages of parametric coverage is that it pays out very fast, which is crucial since reef repair will need to be done very quickly to avoid further damage, according to Mark Way, director of Global Coastal Risk and Resilience at The Nature Conservancy in Washington.

“We hope this insurance approach will serve as a scalable model to build new financial mechanisms for the protection of nature,” said Mr. Way.

The insurance policy is financed by the Coastal Zone Management Trust, an organization formed in March 2018 to promote the conservation of coastal areas in the Mexican Caribbean.  Partners in the development of the reef insurance concept include the Nature Conservancy, the state government of Quintana Roo, the Cancún and Puerto Morelos Hotel Owners’ Association, CONANP, Mexican Universities and insurance industry representatives. Swiss Re Ltd. was an early partner in the development of the concept.