It’s mid-December and some areas of the country have already had heavy snowfalls.  Winter storms can have a serious economic impact with disruption of business and travel, collapsed roofs and stresses on municipal governments. It’s useful to know the relative impact of winter storms, and in a recent blog post,  AIR Worldwide spotlights a rating scale called Northeast Snowfall Impact Scale (NESIS), developed by the  Weather Channel and the National Weather Service.

NESIS provides a relative measure of Northeast winter storm impact based on total snowfall amount, geographic distribution, and population density. The scale does not consider the replacement value of property, however.

NESIS has five categories: Extreme, Crippling, Major, Significant, and Notable. The Great Blizzard of 1993 holds the record for maximum NESIS value for a single storm at 13.20 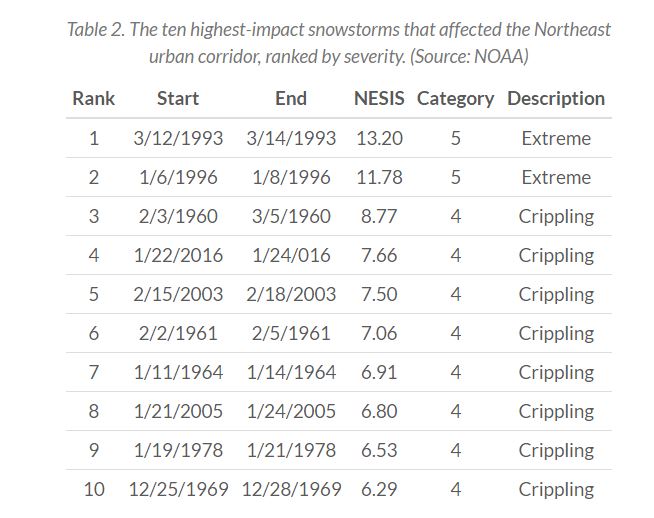 The I.I.I. has a Facts & Stats about Winter Storms here.