Whether you’re an InsurTech startup with new ideas or an incumbent concerned about protecting your book of business, the greatest risk you can take may be to resist collaboration, according to a post on Willis Towers Watson Wire.

In Threat vs Opportunity? InsurTech is largely a matter of perspective, Andrew Newman, president and global head of casualty at Willis Re, says while it’s understandable that many insurers have perceived InsurTech as a threat to the value chain, the biggest threat lies not in technology itself, but in competitors of any description leveraging these innovations to gain advantage by reducing risk and lowering costs.

“The plain fact is that the vast majority of InsurTech companies aren’t interested in going to war with incumbents. Their focus is on creating value within the insurance value chain – not collapsing it. So if incumbents embrace ‘disruption’, rather than concentrating on defending themselves by keeping these opportunities at arm’s length, then they will find that the available technology is largely complementary to most of the current processes in the industry.”

Download the presentation Insurance: Leading Through Disruption by Insurance Information Institute president and CEO Sean Kevelighan to find out more about how the industry is poised to lead through disruption.

Despite ample capital and benign claim cost trends, insurers have held the line on trading profitability for volume, while still responding as needed to emerging trends, according to Willis Towers Watson.

Its most recent Commercial Lines Insurance Pricing Survey (CLIPS) shows that commercial insurance prices in the U.S. were nearly flat in the first quarter of 2017.

As hundreds of risk professionals gather in Philadelphia, the birthplace of insurance, for the annual RIMS (Risk and Insurance Management Society) conference, here’s the latest take on corporate risk costs: 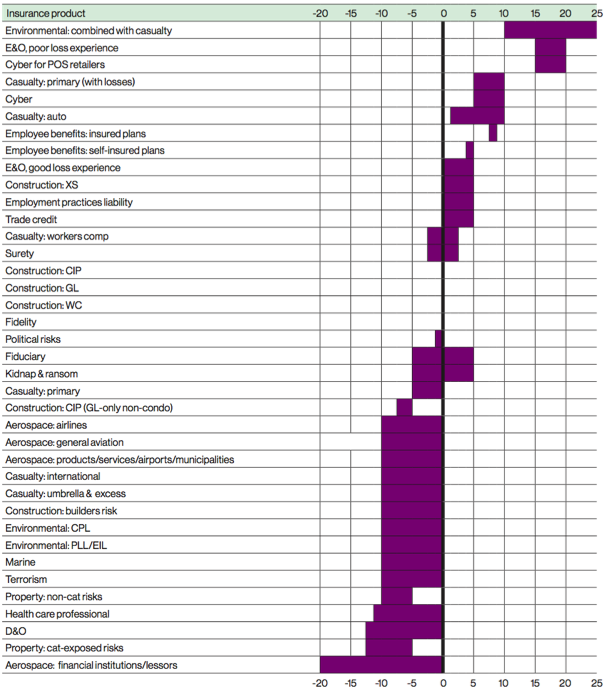 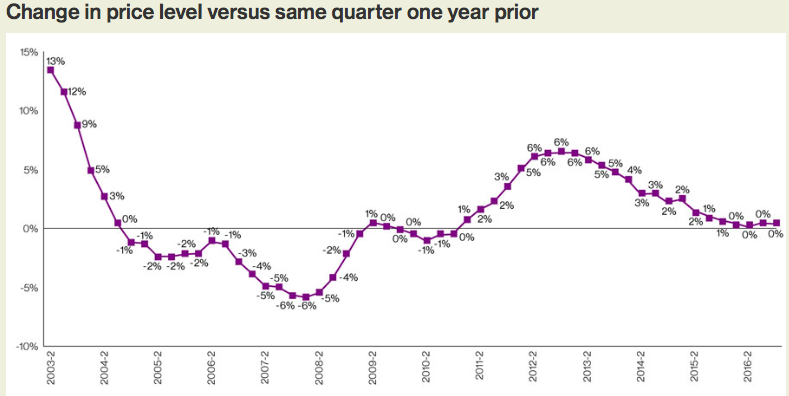 The routes to a digital future are many and varied, but for insurers the question is how to get there?

A new survey by Willis Towers Watson of 200 senior-level insurance executives offers some insight into the way forward.

The findings suggest that M&A and partnerships are likely to trump internal investment as insurers look to deliver digital transformation. 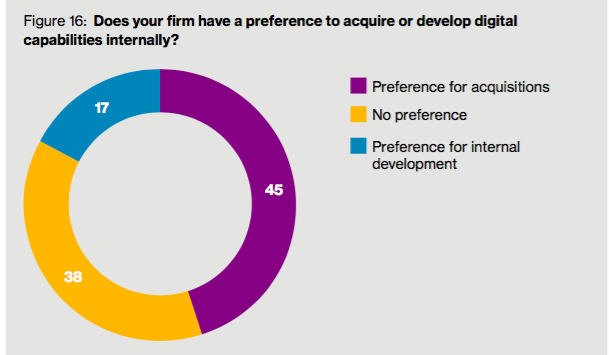 Almost half (45 percent) of respondents to the survey signaled a clear preference for acquisitions as the way forward to gain digital capabilities.

By contrast, fewer than one in five insurers (17 percent) said they have a preference for internal development.

That’s not to say that internal innovation efforts have no place at these insurers, according to Willis Towers Watson, it’s more about getting the balance right between organic and inorganic growth.

Well over one-third (38 percent) of survey respondents say they have no preference between the two routes. In other words, they will use both acquisitions and internal innovation as the circumstances suit.

As insurers embrace a more outwards-looking approach to innovation, the survey suggests that traditional M&A deals are not the only option.

“Many insurers are investing in a disparate range of technologies via venture capital funds – either through their own in-house venture capital arms, or third-party funds. This may be an attractive way to make a number of small bets on nascent innovations, rather than betting the house on an as-yet unproven technology.”

The survey found that one-third (31 percent) of respondents from the property/casualty insurance sector have set up a corporate venture arm already, while another third (32 percent) are considering doing so.

Innovation was a key topic of discussion at the Insurance Information Institute Property/Casualty Insurance Joint Industry Forum held yesterday in New York. For coverage of the forum go to the I.I.I. website.