When dogs bite homeowners insurers pay out an average of $33,230 per claim.

In fact, dog bites and other dog-related injuries accounted for more than one-third of all homeowners liability claim dollars paid out in 2016, costing in excess of $600 million, according to the Insurance Information Institute and State Farm.

This is due to increased medical costs as well as the size of settlements, judgments and jury awards given to plaintiffs, the I.I.I. reports. 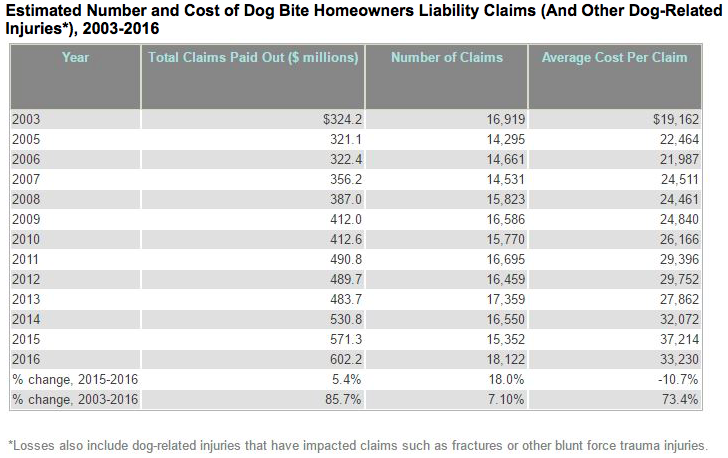 The state with the highest average cost per claim was New York, at a whopping $55,671 per claim.

For more state-specific information, go to the I.I.I.’s interactive map.

National Dog Bite Prevention Week® (April 9-15, 2017), is an annual event designed to provide consumers with information on how to be responsible pet owners while increasing awareness of a serious public health issue.

Watch this I.I.I. video for tips on preventing dog bites: