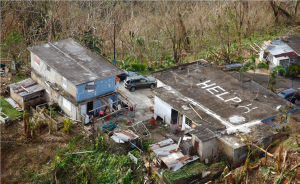 Puerto Rico is still suffering the devastating aftereffects from 2017 hurricanes Irma and Maria. Rebuilding the island will cost up to $50 billion according to a recent statement by FEMA head, William “Brock” Long.  Many residents are still without power and the new hurricane season is just around the corner.

The situation in Puerto Rico is a warning to North America of what could happen If we fail to address our outdated and crumbling infrastructure, according to a new report from Zurich North America.

The report, Rebuilding Infrastructure: The Need for Sustainable and Resilient Solutions, points out that during the years leading up to Hurricane Maria, Puerto Rico’s infrastructure had been in increasing need of routine maintenance. The island’s power grid had fallen into a particular state of disrepair as a result of declining revenues and political corruption.

While the U.S. mainland infrastructure may not be in as bad a shape, the increased frequency and severity of extreme weather events makes the issue of resilient and sustainable building impossible to ignore.

The report stresses the importance of planning to rebuild BEFORE a disaster strikes and of anticipating future needs. On the positive side, over the past few years, use of reinsurance and catastrophe bonds by governments and government agencies have been increasing. Several South and Central American countries have obtained bonds that would pay for damage caused by earthquakes, and FEMA has begun obtaining reinsurance for its National Flood Insurance Program.

One thought on “The need for sustainable and resilient infrastructure: lessons from Puerto Rico”