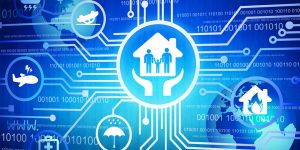 S&P Market Intelligence has recently published a report on the state of the Insurtech market, and on November 7 the company held a briefing on the subject. Panelists included Slice CEO Tim Attia, Drew Aldrich, Principal at American Family Ventures and the report’s author, Research Analyst Thomas Mason.

Here are some of the trends observed by S&P in the insurtech space:

The panelists had this advice for incumbents who are looking to compete with nimble insurtechs: