Most likely snowfall for #Blizzard2017 in the NY/NJ metro area now looks like this, per the National Weather Service New York: 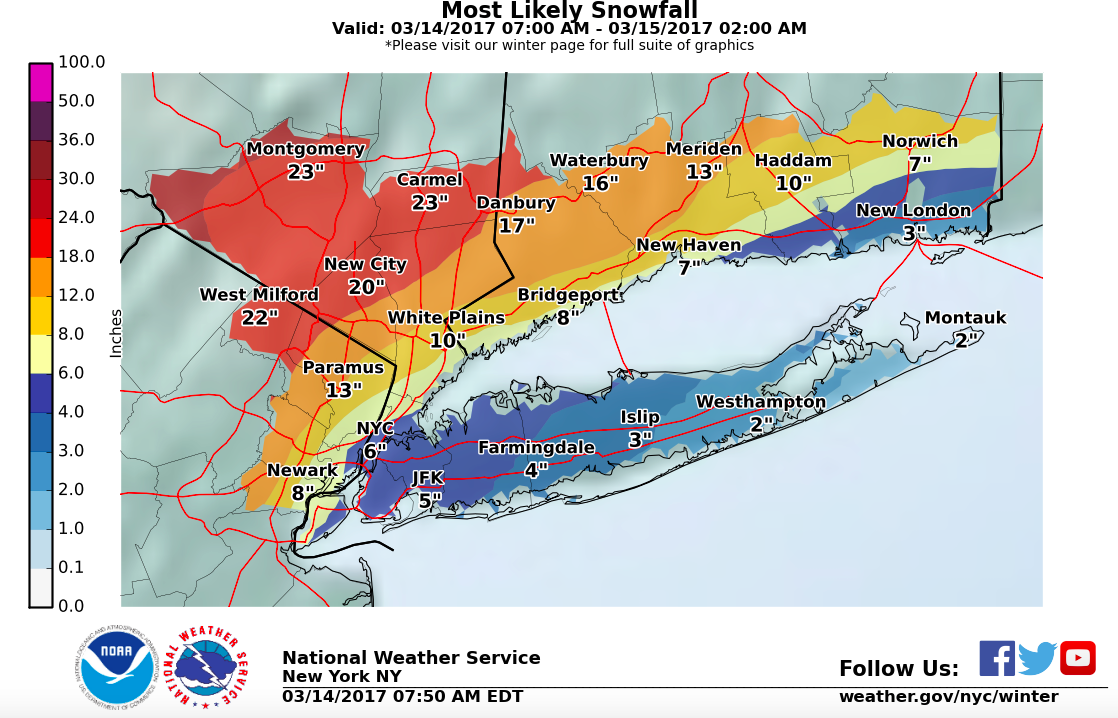 While major cities in the Northeast may have been spared blizzard conditions, a strong winter storm is still unfolding and inland areas are watching the snow pile up.

Wondering if you’re covered for winter storm damage? Here’s the lowdown from the Insurance Information Institute:

One thought on “Winter Storm Damage? Insurers Have You Covered”