A Retained Asset Account is an account whose initial balance is a life insurance or annuity death benefit and that essentially operates like a checking account. Beneficiaries of life insurance death benefits may choose to take the money in several ways (in industry jargon, “settlement options”). Before 1984 the common (and default) choice was a check for the entire amount due to the beneficiary. However, understandably—considering the circumstances in which this money became available—many beneficiaries did not want to deal with death-related financial matters immediately. Sometimes they just put the check in a drawer and forgot about it or, if they cashed it, were sometimes unable to manage such large sums of money effectively and found that it quickly dissipated. As a result, beneficiaries looked to life insurers to create a way for them to keep their money safe and available until they were better able to use it.
The new settlement option, established in 1984 and generally known in the industry as a Retained Asset Account, meets these goals. In effect, it creates a checking account whose initial balance is the death benefit. The principal and a minimum rate of interest are both guaranteed by the insurer. Additional interest is credited to the account at a rate declared by the insurer; the credited rate is comparable to that paid in similar accounts offered by banks and money-market mutual funds. Beneficiaries get free checks and periodic reports on the status of their account.

Is a retained asset account in an FDIC-insured bank?

No. As with other life insurance settlement options, the money stays with the life insurer. However, the money is protected and the beneficiary has full access to the funds at all times. The money is as safe, perhaps even safer, with the insurer than with a bank, even taking into account FDIC insurance. That is because: (a) historically, many more banks have failed than insurers; and (b) there is a state guaranty fund system that insures at least as much as or more than the FDIC does. In many states the insurer guarantees are up to $300,000 (in some states as high as $500,000), whereas the FDIC insurance limit is $250,000 (recently raised from $100,000). No one has ever lost a cent in a retained asset account, but the same cannot be said for bank accounts that exceeded the FDIC limits or most other investment accounts. Moreover, as long as the death benefit remains with the life insurer, it is beyond the reach of the beneficiary’s creditors. Once the money is released by the insurer, the creditor protection no longer applies.

A bank’s name may be associated with the account because some life insurers use banks to administer the account; however this does not mean that it is in an FDIC-insured bank.

How long must the money stay with the insurer?

The money can be withdrawn immediately by writing a check for the full amount, or left in the account for as long as the beneficiary wants. The death benefit (but not the credited interest) is income-tax exempt; however, tax considerations might affect when the beneficiary might most advantageously withdraw the money.

Insurers generally do earn a higher rate on their investments than they pay on these accounts, but still pay an interest rate that compares favorably with other accounts of similar instant liquidity. The insurer also bears all the investment risk and provides a guaranteed positive rate of return irrespective of market conditions. In other words, even if the insurer were to lose money on its investments, the owner of the retained asset account would still earn interest. Some of the “spread” between the rate earned by the insurer and that paid on the retained asset account is used to cover the expense of providing this account. In some cases the difference between the insurer’s overall rate and the credited rate is small, because some insurers credit interest based on prevailing rates at the time the death occurred (which might be considerably higher than rates prevailing today).

The only money that can be added is money that comes from another life insurance death benefit from the same insurance company. This is not a deposit account like those provided by a bank or money market mutual fund.

Life Insurance
How to choose the right type of life insurance 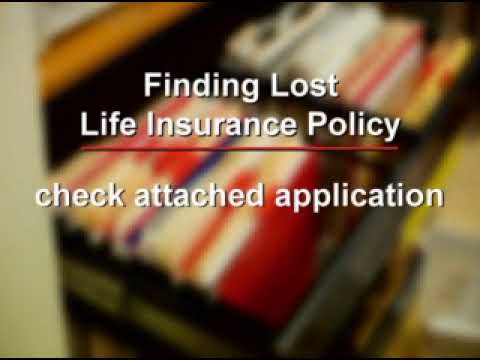